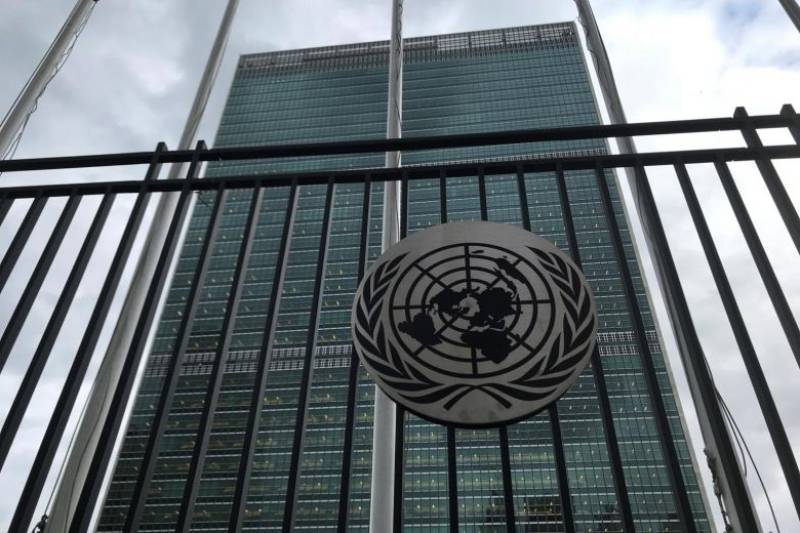 UNITED NATIONS – A diplomat from the Philippines has tested positive for the spreading corona virus disease, the first case reported among diplomats and staff at the United Nations headquarters in New York, a UN spokesman said Friday.

Spokesman Stephane Dujarric said that the Philippine mission to the UN had informed the UN Medical Services of the test result earlier in the day.

In Manila, Philippines Foreign Ministry spokesman Ed Menez confirmed that a female diplomat, who was previously just prescribed Tamiflu and sent home, was diagnosed with the new coronavirus.

“We presume she was confined at a hospital once the diagnosis came in,” he said.

“All personnel she had direct contact with are on self-quarantine to observe any symptoms,” Menez said.

Dujarric, the UN spokesman, said the last time the Filipino diplomat was at the UN headquarters complex in New York was on March 9 for about 30 minutes at midday to meet two delegates from another mission. He said their meeting room has gone through three cleaning cycles since then.

Dujarric said the diplomat did not have contact with UN staff and the medical service is reaching out to the two delegates the Filipino met. The diplomat works at the UN General Assembly’s Sixth Committee, which deals with legal matters.

About 3,000 people are employed at the towering riverfront UN headquarters. Numerous other diplomats from the 193 UN member countries come and go between their own missions in the area and the Manhattan UN complex.

In Geneva, the World Health Organization (WHO) urged countries around the world should not let up on efforts to fight its spread.

WHO Director-General Tedros Adhanom Ghebreyesus was speaking during his regular update on the new coronavirus disease, one day after the new designation was announced.

“Let me be clear: describing this as a pandemic does not mean that countries should give up. On the contrary, we have to double-down”, he said.

“This is a controllable pandemic. Countries that decide to give up on fundamental public health measures may end up with a larger problem, and a heavier burden on the health system that requires more severe measures to control”.

Tedros said WHO has been ‘working day and night’ to support countries in their response.

The agency also is working with the World Economic Forum and the International Chambers of Commerce to engage the private sector, and also with the global football association, FIFA.

Additionally, more than $440 million has been pledged to WHO’s Strategic Preparedness and Response Plan.

“This is a new virus and a new situation. “We are all learning and we must all find new ways to prevent infections, save lives, and minimize impact. All countries have lessons to share”, he said.

Meanwhile, Dujarric, the UN spokesperson, told journalists that the Secretary General Antonio Guterres has taken the decision to cancel all United Nations system sponsored side events at Headquarters, from 16 March until the end of April, effective immediately.

Dujarric said the UN chief was calling on all Member States to consider canceling all side events for meetings that they are sponsoring.

In a letter to Member States, Guterres said there was a three-phase response activation system to manage and coordinate health emergencies in place, with UN Headquarters in New York currently in phase two, which is an active risk reduction mode.

This includes taking measures for social distancing in the workplace and assessing the criticality of travel and meetings against associated risks.

“As you know, the UN building has been closed to visitors and the Secretariat has instituted arrangements for staff to telecommute to reduce the population density in the building”, said Mr. Dujarric, thereby reducing the risk of transmission.

The Spokesperson noted that since the beginning of the outbreak, the Secretary-General had been balancing the safety and security of staff and representatives of Member States with the need to ensure that the work of the Organization continues, here and around the world.

It is also a new potential source of volatility in Latin America and the Caribbean due to the region’s significant links with China through trade, foreign direct investment and loans, according to a senior official with the UN Development Programme (UNDP).