LAHORE (Web Desk) - "The King of Blues" is dead. The US singer-guitarist known as B.B. King died at his Nevada home late Thursday at the age of 89.

King announced two weeks ago that he had entered hospice care, which followed a stay in a Las Vegas hospital. King had reportedly been in poor health for some time.

King, who began his musical career in the late 1940s, is considered a pioneer in the Blues genre – and created a unique postwar sound mostly in front of all-black audience in the so-called Southern "chitlin circuit." A string of R&B hits backed by big bands is what King became known for, Variety reported Thursday. 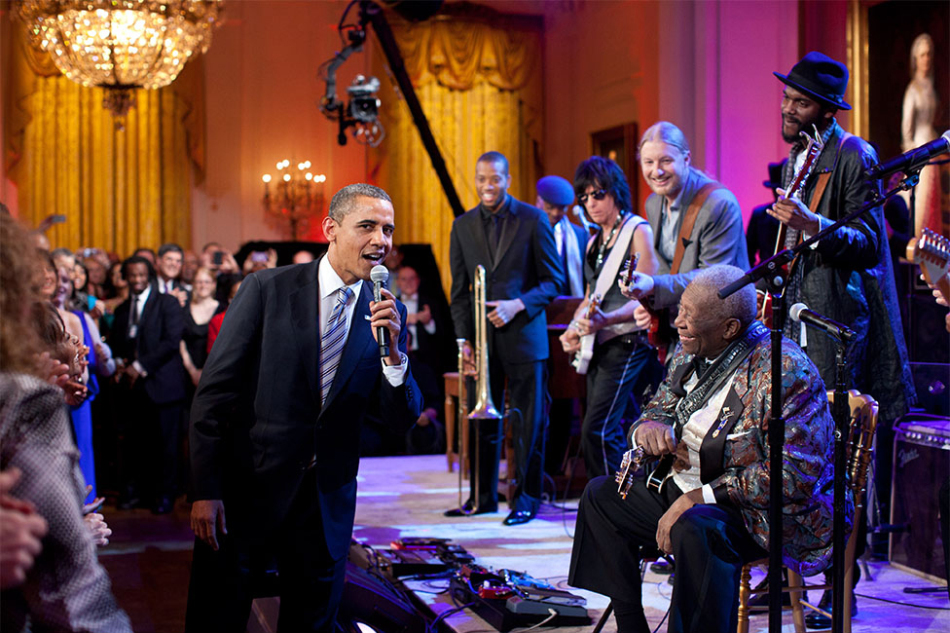 King was born in Berclair, Miss., in 1925 and had learned to play the guitar by age 12. He served in the U.S. Army briefly during World War II before traveling to Memphis to explore a musical career.

He is credited with advancing the blues genre unlike any before him. He scored several No. 1 hits, perhaps none bigger than "The Thrill is Gone" from 1969.

King was honored with a lifetime achievement by the Recording Academy in 1987 and was inducted into the Rock and Roll Hall of Fame in just its second year. During the 1980s he also appeared on U2's famous album, "Rattle and Hum" and contributed the lead song for the 1985 film Into the Night.