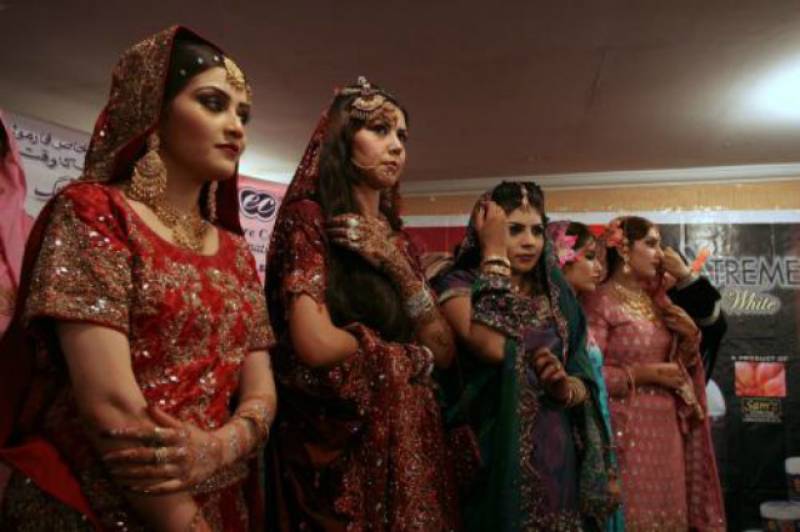 ISLAMABAD – The Chinese embassy in Islamabad has withheld visas of 90 newly married women planning to travel to China with their spouses amidst reports of trafficking of Pakistani girls in the garb of marriages.

Lijian Zhao, an Islamabad-based Chinese diplomat, was quoted by local media as saying that the Chinese embassy had alerted Pakistani authorities following an unusual increase in visa applications this year.

“Last year, 142 Pakistani women had applied for such visas after marrying Chinese nationals. This year, so far, 140 Pakistani brides have applied for this category of visa,” Zhao said.

There is a lie that Pakistani girls were sent to China for forced prostitution or sale of organs. It is totally fabricated & for sensational purposes. We probed all those Pakistan wives in China. There is no evidence for it. @UrduNewsCom @Wabbasi007 pic.twitter.com/shuhKkHHqZ

The diplomat, however, rejected media reports about Pakistani women being trafficked and subjected to forced prostitution and organ harvesting in China.

“These are lies being spread on the internet and media for sensational purposes. There is no evidence for it,” he maintained.

Sharing that his country has launched a probe into 142 cross-border marriages took place last year, Zhao said that out of these marriages, only a few isolated cases of harassment or torture have been reported. All the marriages, however, were legal and registered after due process, he added.

The envoy mentioned a complaint by a Pakistani wife, who wrote a letter to a Pakistani minister complaining that she was subjected to torture. After the letter, he said, the Chinese authorities probed the matter but found no evidence of torture. However, the couple decided to go for divorce after which the Chinese government provided the woman a bullet train ticket and air ticket and she was repatriated on May 2.

LAHORE – A Pakistani woman on Wednesday approached a Punjab court to revoke her nikah with her Chinese husband. ...

Zhao also asked the Pakistani government to “review its visa on arrival policy for Chinese businessmen” as some marriage bureaus in Pakistan are “misusing” it.

He said the Pakistani authorities should probe the role of those institutions and chambers of commerce and industries which are inviting fake businessmen who are actually coming to Pakistan in search of wives.

The envoy said that a mechanism has been devised during a recent visit of a Chinese task force to Pakistan, under which any Pakistani can seek help from Chinese authorities via telephone in connection with the marriages. “The government of China and police will help if there is any problem.”

Earlier, Pakistan’s Federal Investigation Agency (FIA) explained during a press conference how Pakistani women were fraudulently married off to Chinese men and later trafficked in China.

Reports in local media suggest the FIA has been asked to slow down the crackdown and avoid arrests unless someone came to them to lodge a complaint.

Over the past two weeks, the Federal Investigation Agency (FIA) arrested scores of Chinese nationals and their suspected local accomplices in connection with its investigation into a transnational gang allegedly involved in contracting fake marriages between Chinese men and Pakistani women for the purpose of prostitution and the illegal organ trade in China. 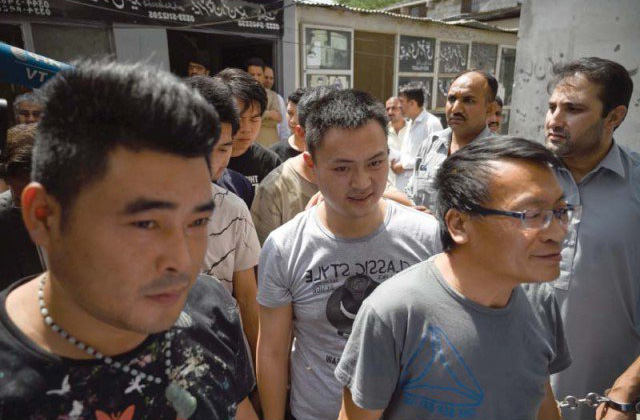 In Lahore, FIA officials raided the hideouts and arrested 21 Chinese nationals and their two Pakistani abettors, believed to be involved in the matter.

In Faisalabad, 34 people, including 33 Chinese men, were arrested who were sent on judicial remand. During the investigation, they have confessed that they used to take money for contracting marriages of Pakistani girls.

In Islamabad, 20 people were taken into custody by the concerned authorities, while 14 of whom were sent on judicial remand. Six other people are under the custody of the FIA.

In Mandi Bahauddin, authorities conducted joint inquiry and detained a woman, hailing from Lahore, a Chinese man, and their alleged facilitator. Five families had contracted marriages of their girls with Chinese men for ‘bright future’, but their dreams faded away.

China’s position on the issue of transnational marriage is very clear, that is to protect legitimate marriages and combat crimes.#Statement by the Spokesperson of the Chinese Embassy in Pakistanhttps://t.co/malXtOv8Zk (2019/05/10)https://t.co/ZukUBdC5r3 (2019/04/13) pic.twitter.com/SAxb4MJvpF

Meanwhile, Pakistan’s Foreign Office issued a statement, saying relevant authorities from both the governments are in close contact on this issue.

“The government of China had offered all possible cooperation on the issue, which was highly appreciated. Both sides are closely coordinating their efforts.” Dr Faisal said that “a Chinese team visited Pakistan recently and held meetings with our law enforcement officials.”

“The Ministry of Foreign Affairs and Pakistan Missions in China are closely monitoring the situation and extending all possible assistance to Pakistani citizens who may have any complaints on the subject,” he added.