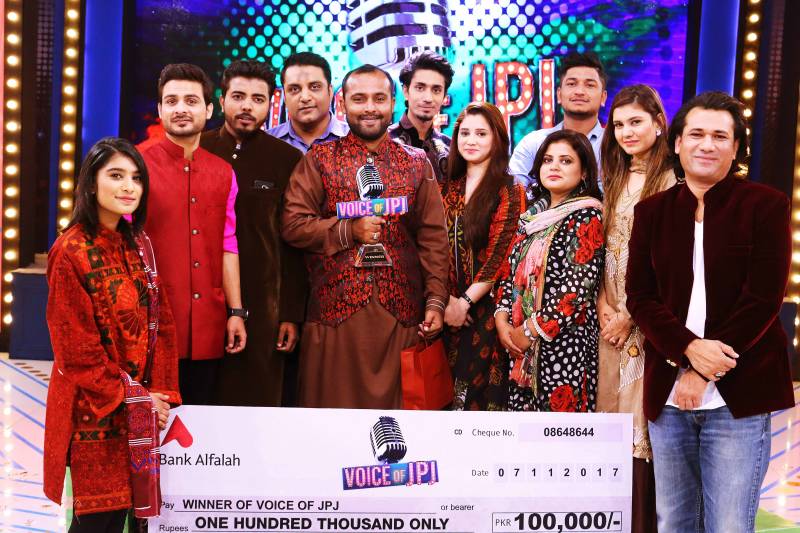 Karachi: With an aim to promote aspiring singing talent of the country, HUM TV’s JPJ initiated a singing competition Voice of JPJ to provide a platform to young budding singers to showcase their talent to the world. The competition received an overwhelming response from the audiences and the finale held on Friday, November 10, in a special “Sufi Music” episode of JPJ was nothing less than spectacular. 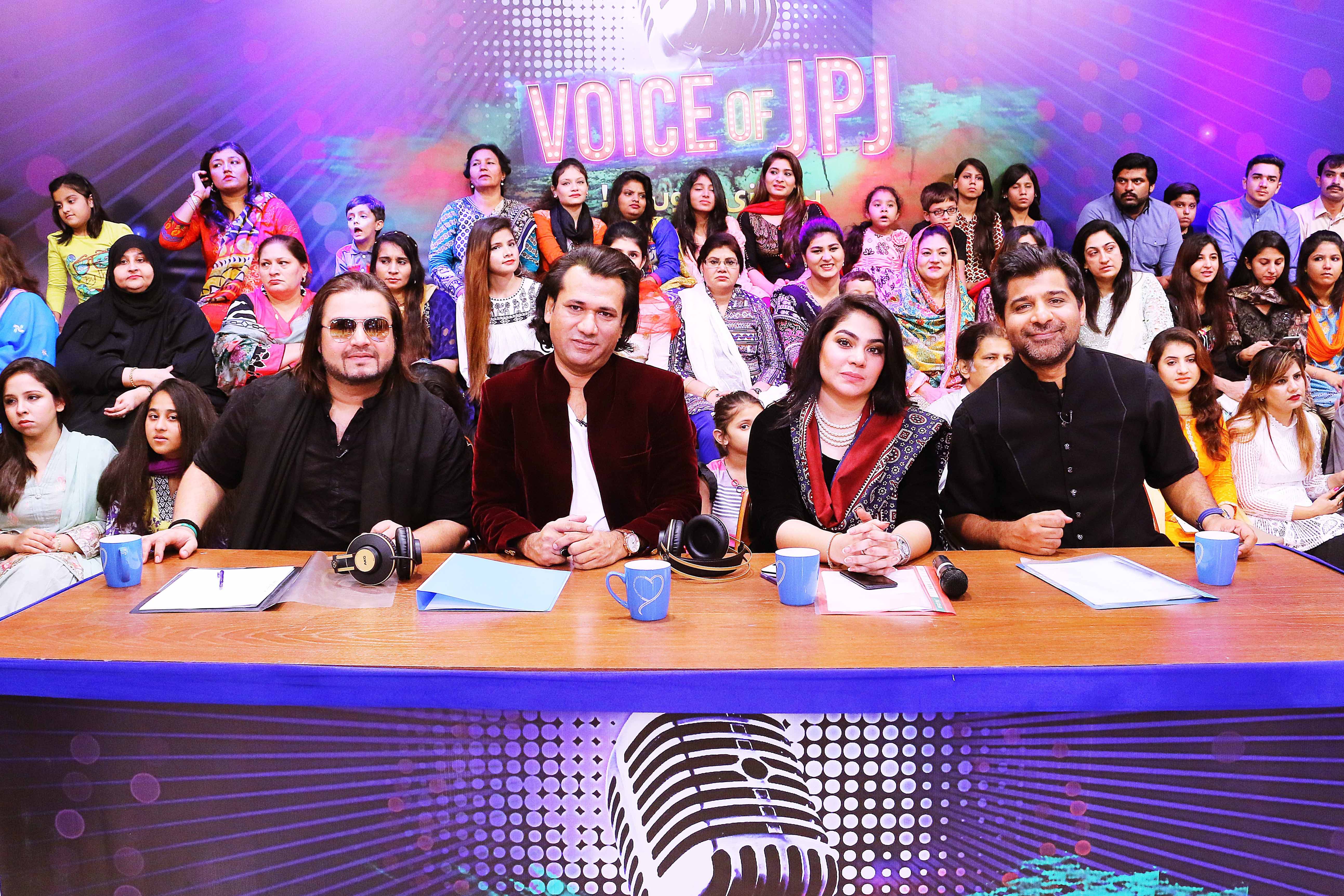 The five finalists Anam Sheikh, Tarab, Ali Hasan, Zubair Ahmed and Adeel competed for the title and wowed the audiences and judges with their soulful voices. Judges’ panel for the finale comprised classical musician Karam Abbas, Sanam Marvi, Ahmed Jahanzeb and Shuja Haider who were overwhelmed by the singing talent that this country has. Finalist Zubair Ahmed was crowned the Voice of JPJ after much consideration as the other finalists made it difficult for the judges to come to a conclusion with their powerful performances. He was also awarded PKR 100,000 by Bank Alfalah and a gold pendant by Damas. Ali Hasan was awarded “Performer of the Day” gold pendant by Damas. 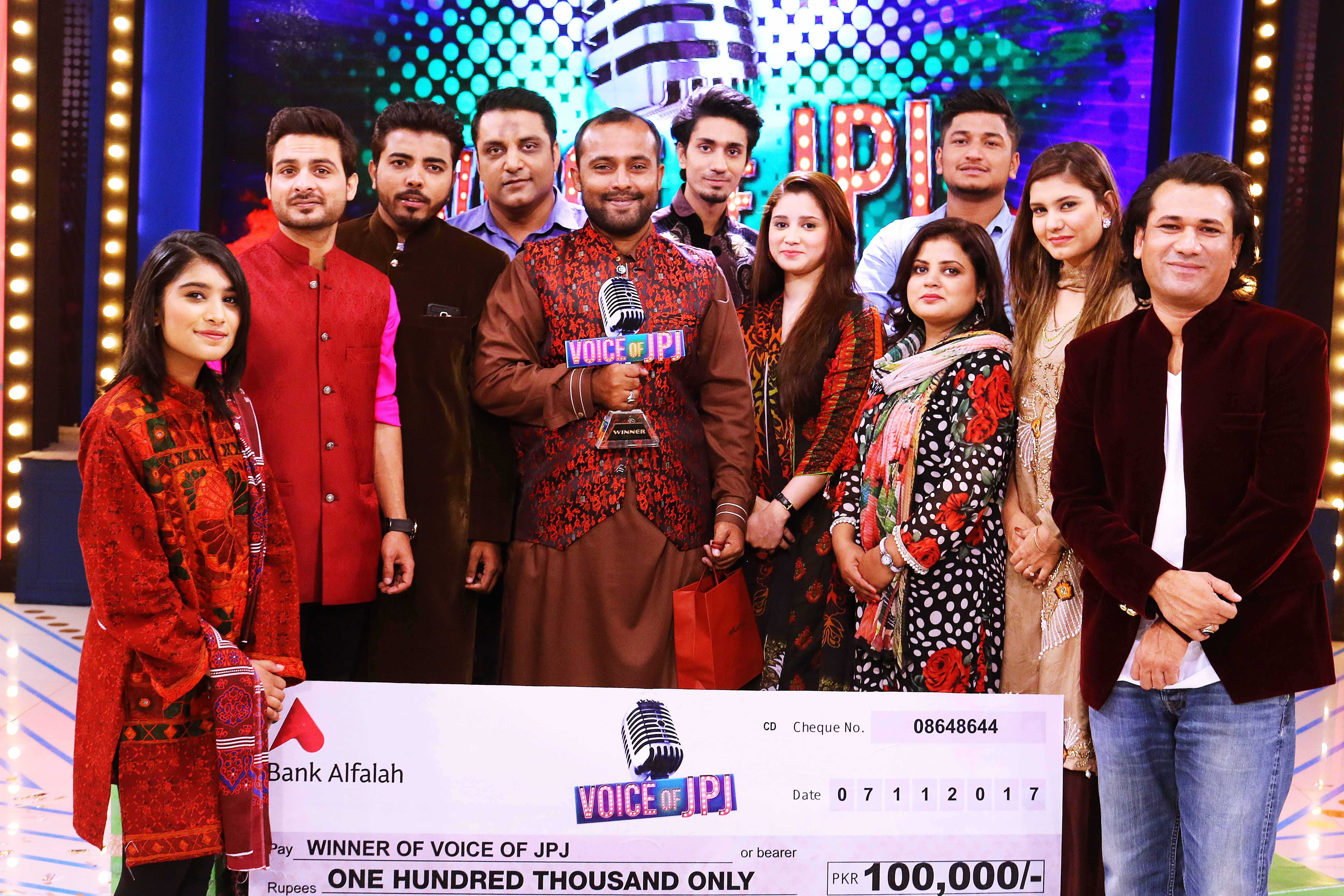 The competition received over 2000 entries from all over Pakistan, out of which 35 were shortlisted and finally 11 contestants were selected to compete for the title. The competition started off with 11 contestants who impressed everyone with their melodious voices and with the judges’ help and constructive criticism, the participants improved their performances with each passing day. The judges’ panel was kept different each day, comprising the best of the Pakistani music scene which included Shuja Haider, Ahmed Jahanzeb, Bushra Ansari, Mikaal Hasan, Karam Abbas and Emmu. Sanam Jung’s endless support gave participants the much-needed push. The participants were groomed by Rashid Salon and styling was done by EB. 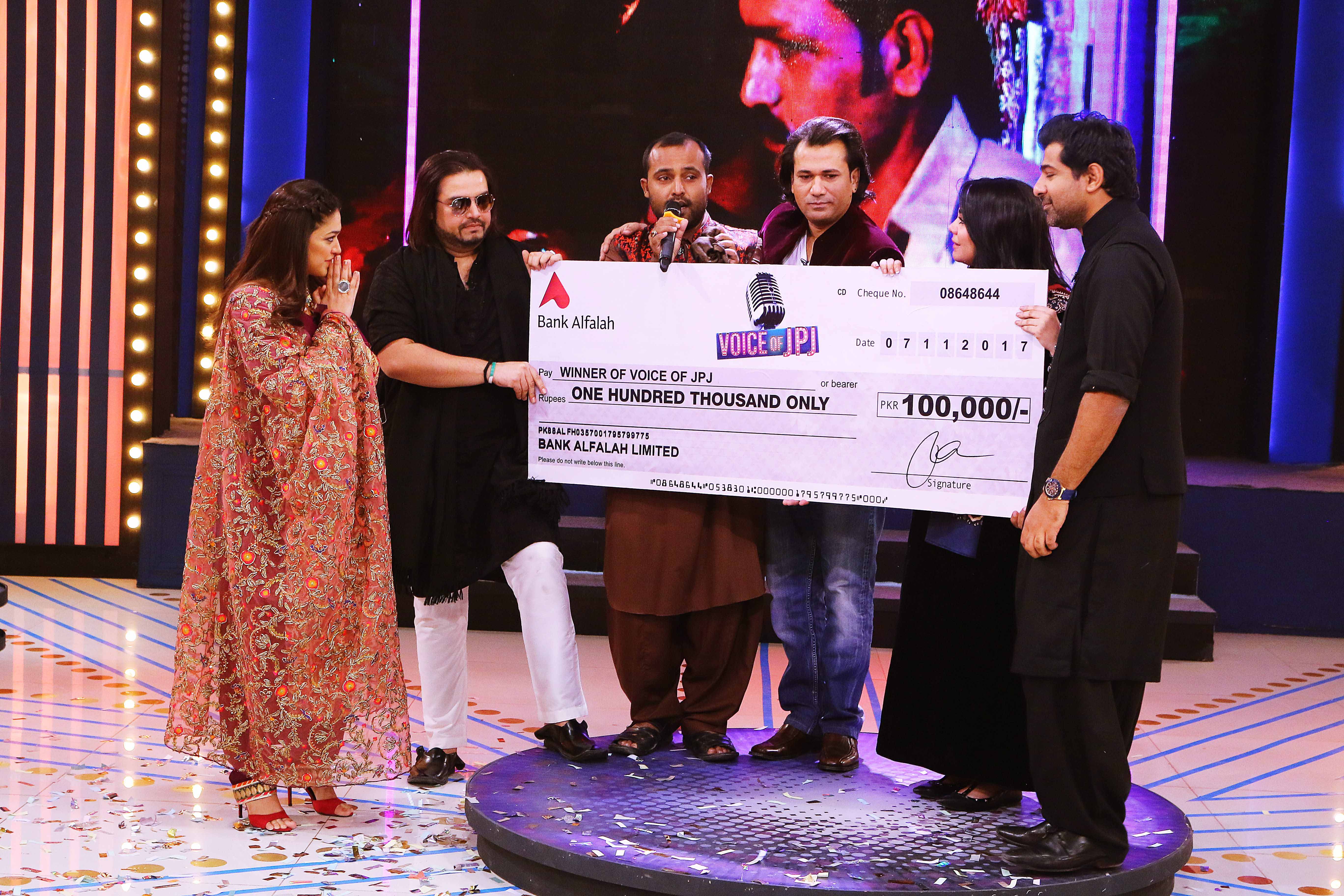 HUM TV has always stayed true to its vision of promoting the country’s talent, be it aspiring actors, hosts or singers and this recent effort of team JPJ to promote the hidden singing talent of Pakistan will be a life-changing experience for the participants. JPJ not only provided people a platform to showcase their talent, it also encouraged them to participate on such platforms. 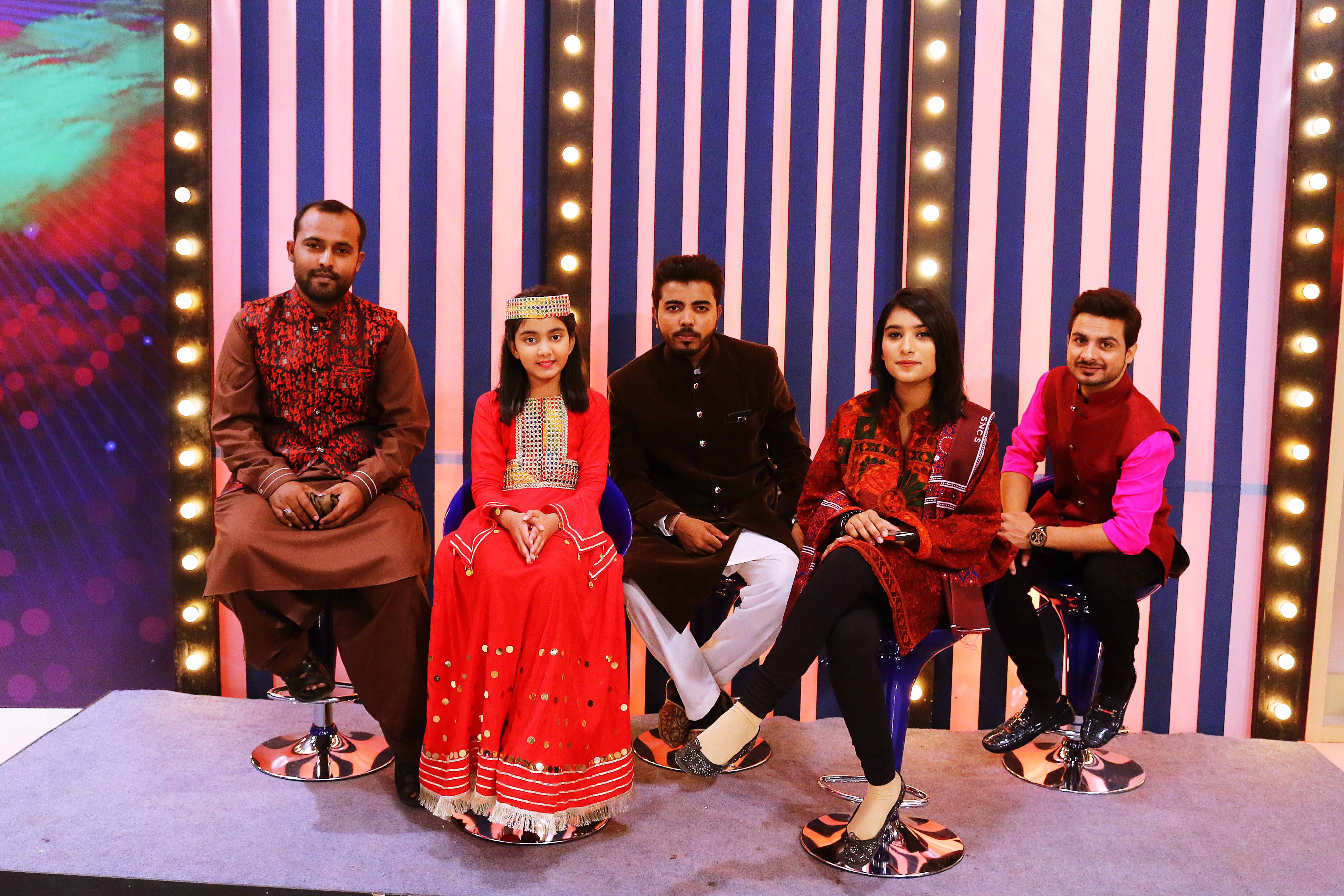