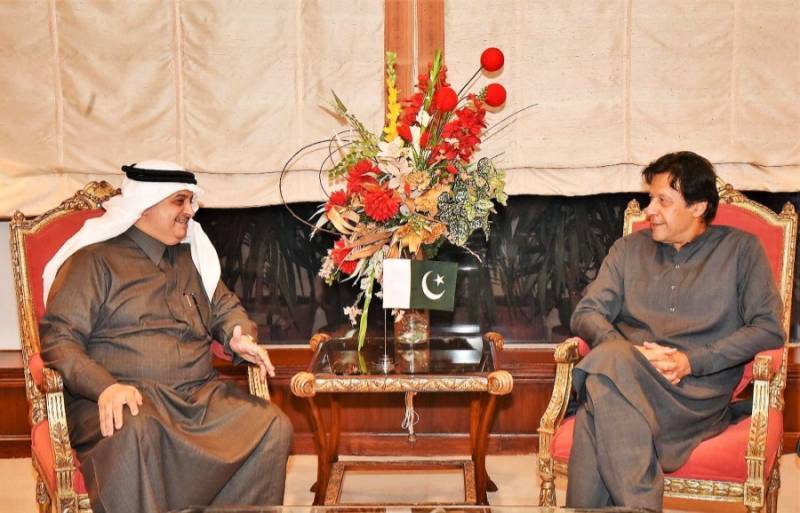 ISLAMABAD - Saudi Ambassador to Pakistan Nawaf Saeed Al-Malki said Wednesday that Pakistan will receive the first instalment of Saudi aid amounting to $3 billion in the next few days to address its financial crisis.

The Kingdom of Saudi Arabia would release the amount of $3 billion in terms of the balance of payment, the envoy stated in a short interview with a private news channel.

In addition to this, the envoy confirmed that the Saudi government would provide deferred payment facility for the import of oil, worth up to another $3 billion.

“The Saudi companies are keen to invest a huge amount of around $6-8 billion for establishing an oil refinery in Pakistan,” he added.

Replying to a question, Nawaf Saeed said that besides this aid, the Kingdom would like to invest in the power sector of Pakistan, adding “we were also seeking to set up a petrochemical industry near Karachi.”

Moreover, he hinted that an investment would also be made in the Reko Diq project.

After weeks of speculation, Saudi Arabia had last month stepped forward with a $6 billion bailout package for Pakistan’s ailing economy that suffers from a balance-of-payments crisis.

Agreements in this regard were signed on the sidelines of the second edition of the annual Future Investment Initiative (FII) Conference in Riyadh.

Pakistan imports 110,000 barrels of crude per day from Saudi Arabia. Taken at the current price, the oil imports from the kingdom amount to around $3bn in a year.

Pakistan, which is facing the current account deficit of $18bn, has also sought assistance from the International Monetary Fund (IMF) to deal with the aggravating balance of payments problem.

Meanwhile, an IMF team is currently in Pakistan for talks on a possible bailout, even as the government insisted it had resolved the country’s immediate balance of payments crisis.