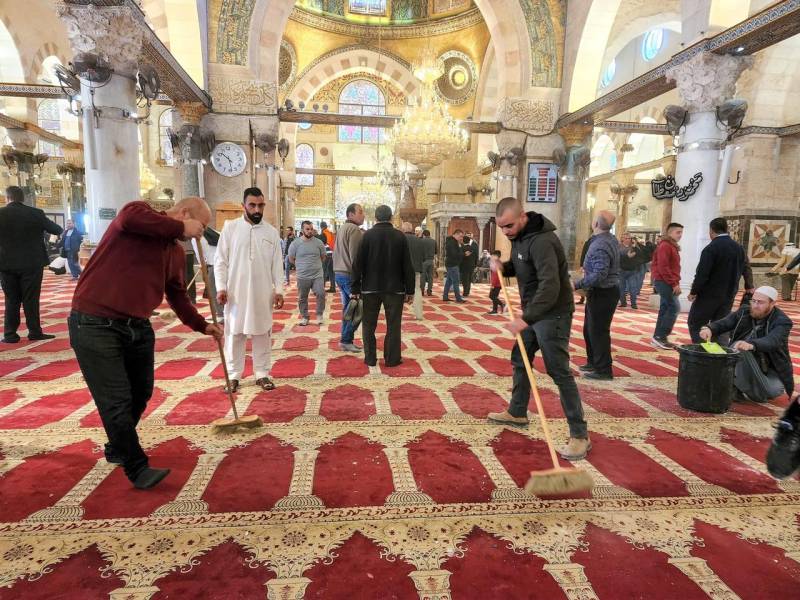 More than 150 Palestinians were injured and 300 were others arrested in a raid by Israeli forces on Al-Aqsa Mosque.

“This highly condemnable assault on worshippers, especially during the holy month of Ramadan, is an egregious violation of all humanitarian norms and human rights laws.”

Israeli security forces entered the Al-Aqsa Mosque compound in Jerusalem before dawn as thousands of Palestinians were gathered for prayers during the holy month of Ramadan.

The raid set off clashes that medics said wounded at least 152 Palestinians.

The clashes come at a particularly sensitive time, when Ramadan this year coincides with Passover, a major weeklong Jewish holiday beginning Friday at sundown, and Christian holy week, which culminates on Easter Sunday.

The holidays are expected to bring tens of thousands of faithful into Jerusalem’s Old City, home to major sites sacred to all three religions.

Videos circulating online showed police firing tear gas and stun grenades on the sprawling esplanade surrounding the mosque and Palestinians hurling rocks. Others showed worshippers barricading themselves inside the mosque itself amid what appeared to be clouds of tear gas.