PM Shehbaz Sharif's federal cabinet: Who is going to get what? 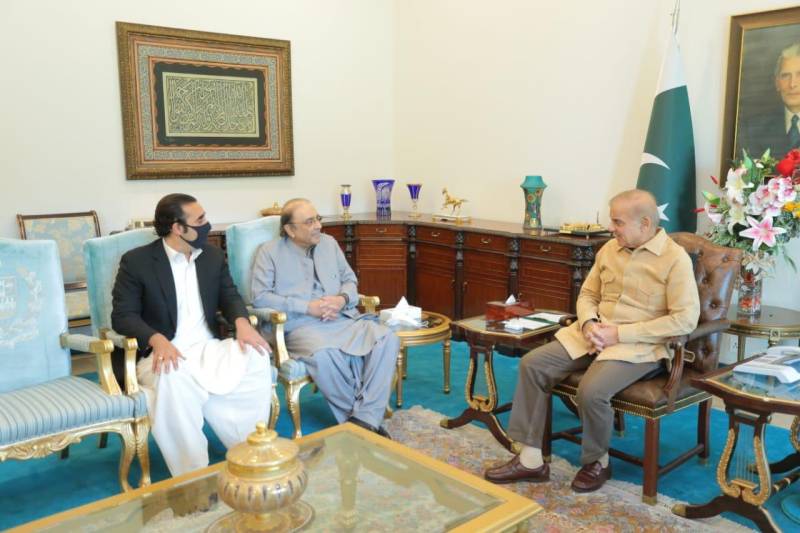 ISLAMABAD -- Newly-elected Pakistani Prime Minister Shehbaz Sharif has invited his allies to Prime Minister's House for an Iftar dinner where each coalition partner will be given their share of federal ministries.

According to a report telecast by Samaa TV, the Pakistan Muslim League-Nawaz (PML-N) is being given 13 ministries, the Pakistan People's Party (PPP) 10 and the Jamiat Ulema-e-Islam-Fazl (JUI-F) three.

Junior coalition partners such as the Balochistan Awami Party (BAP) and the Jamhoori Watan Party (JWP) too will be given representation in the federal cabinet, the report says.

The Muttahida Qaumi Movement-Pakistan (MQM-P), which played a vital role in voting Shehbaz in on Monday, has reportedly decided not to join the federal cabinet.

Sharif told journalists on Friday that he would announce the federal cabinet in a day or two.

Speaking about the election of the Punjab chief minister, Sharif said the PML-N had promised the position to PML-Q’s Pervaiz Elahi in negotiations held before the no-confidence vote against former prime minister Imran Khan, but he quit the negotiations. Consequently, he said, the PML-N nominated Hamza Shahbaz for the Punjab top slot.