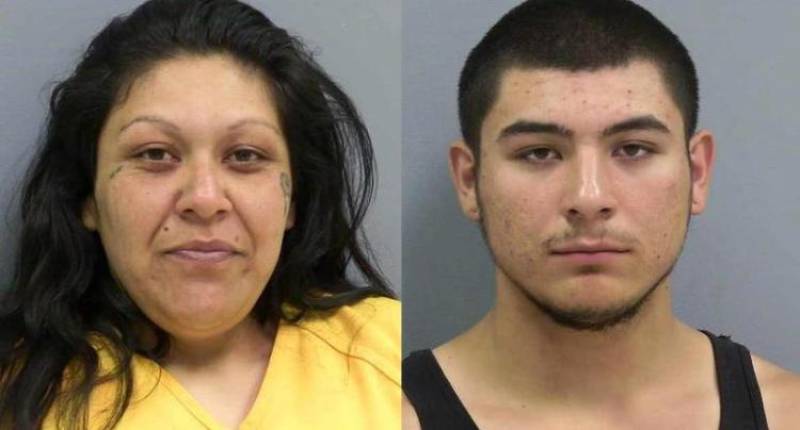 A mother and son from New Mexico face jail time after their incestous relationship was revealed earlier this year.

Monica Mares, 36, and Caleb Peterson, 19, appeared in court back in February when police learned of their relationship while investigating an “affray” near Mares’ home.

“Caleb admitted to having a sexual relationship with Monica whom he knows to be his biological mother,” police said in a criminal complaint.

The pair, in an interview with Daily Mail, declared that they were 'madly in love' and willing to go to jail to defend their relationship.

'Caleb felt if he was there to take care of her, she would not have to deal with abusive men anymore and he would take care of the household and his younger brothers,' the criminal complaint said.

The mother and son are scheduled to face separate jury trials on one count each of incest. Court records show Mares' trial set for August 25 and Peterson's on the docket for September 16.

The felony charges carry a maximum penalty of three years in prison and a $5,000 fine.

But the mother and son couple have vowed to fight for their right to have a sexual relationship and are appealing to the public to donate to their legal fund.

In an exclusive individual interviews with Daily Mail Online, they told how they are willing to risk everything to be together - and have decided to go public with their affair in a bid to raise awareness of Genetic Sexual Attraction (GSA) relationships.

GSA is defined as sexual attraction between close relatives, such as siblings or half-siblings, a parent and offspring, or first and second cousins, who first meet as adults.

Mares said: 'He is the love of my life and I don't want to lose him.My kids love him, my whole family does. Nothing can come between us not courts, or jail, nothing.

'I have to be with him. When I get out of prison I will move out of Clovis to a state that allows us to be together.'

Incest is a crime in all 50 states, but the specifics of the laws and punishment vary greatly from state to state.