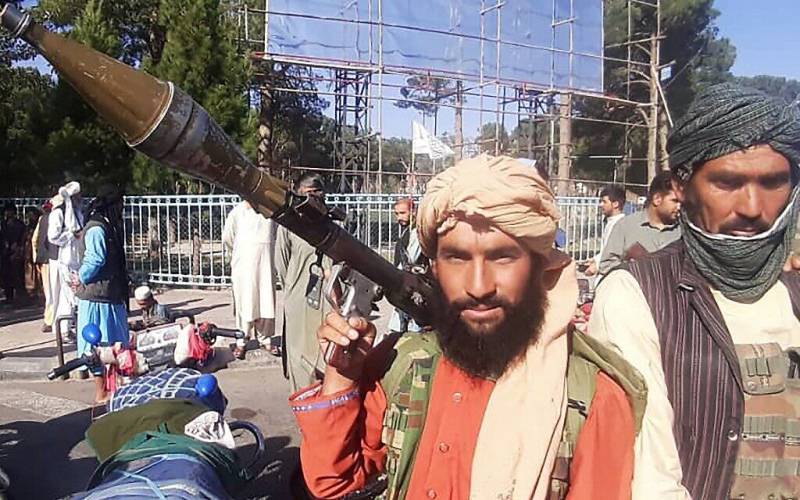 KABUL — The Taliban claimed on Sunday to have taken control of Afghanistan's presidential palace.

Two senior Taliban commanders present in Kabul and three Taliban sources confirmed the development after President Ashraf Ghani fled the country. However, there was no confirmation from the Afghan government about the Taliban's claim.

The Taliban said they were seeking complete power.

Two officials from the Taliban said there would be no transitional government following their sweep across Afghanistan that led back to the capital two decades after the group were overthrown by the US-led forces.

American diplomats were evacuated from their embassy by helicopter to the airport as local Afghan forces, trained for years and equipped by the United States and others for billions of dollars, melted away.

Some local social media users branded him a "coward" for leaving them in chaos.

Taliban fighters reached Kabul "from all sides", the senior Interior Ministry official said and there were some reports of sporadic gunfire around the city.

A Kabul hospital said more than 40 people wounded in clashes on the outskirts were being treated, but there did not appear to be major fighting.

It was not clear yet how power would be transferred.

The Taliban said they were waiting for the Western-backed government to surrender peacefully.

"Taliban fighters are to be on standby on all entrances of Kabul until a peaceful and satisfactory transfer of power is agreed," said spokesman Zabihullah Mujahid.

The government's acting interior minister, Abdul Sattar Mirzakawal, said power would be handed over to a transitional administration.

"There won't be an attack on the city, it is agreed that there will be a peaceful handover," he tweeted.

Afghan President Ashraf Ghani said that he had fled the country to "prevent a flood of bloodshed".

Ghani, who did not say where he had gone, said he believed "countless patriots would be martyred and the city of Kabul would be destroyed" if he had stayed behind.

"The Taliban have won [...] and are now responsible for the honour, property and self-preservation of their countrymen," he said in a statement posted to Facebook.