Another medal for Pakistan at Islamic Games 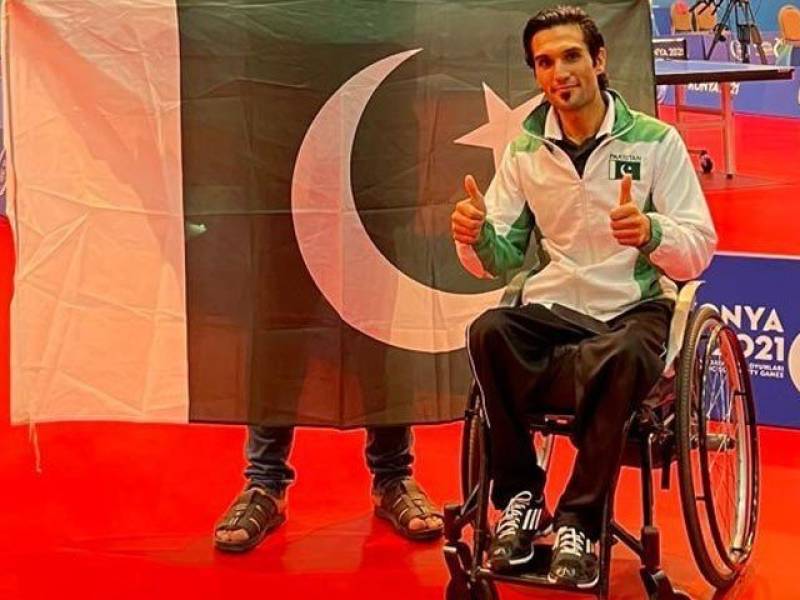 KARACHI – Pakistani para-athlete Altaf-ur-Rehman has become the second player to win a medal for the country at the Islamic Solidarity Games being held in the Turkish city of Konya.

According to the media reports, Altaf joined hands with Uzbekistan’s Rasul Atamuratov to contest in the men’s class 4 competition and both managed to win the bronze medal.

The duo finished third in their group to secure the medal. Both Altaf and Rasul were awarded separate medals for their countries.

Although Altaf, a 26-year-old player from Peshawar, is from class 3, he competed in class 4 which is for athletes with sitting balance.

Umer Ali, Altaf's coach and manager, said that Pakistan defeated Algeria 3-0 in a group match but lost to Iran and Turkey and ended in the third position to earn the bronze medal. He said that Pakistan and Uzbekistan had teamed up for the group tournament and both athletes won medals.

It is worth mentioning here that Altaf’s wife, Zainab Barkat, too is a para-athlete and participates in class 3 Para Table Tennis events.