Pakistani Hajj pilgrims to receive Rs150,000 in subsidy from tomorrow 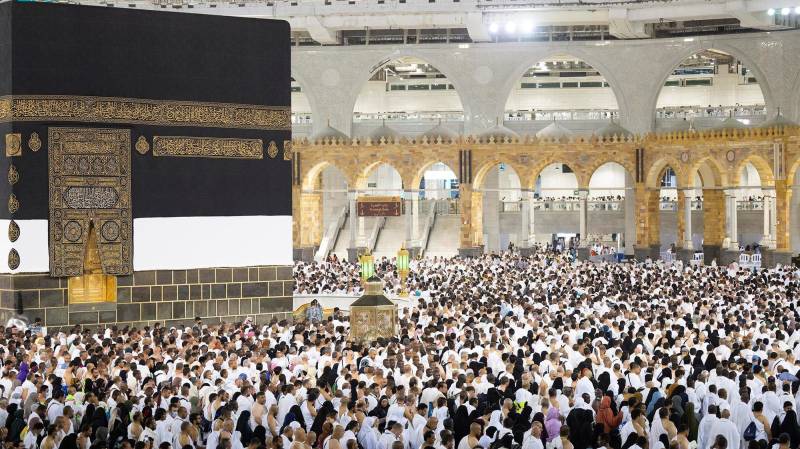 ISLAMABAD – Federal Minister for Religious Affairs Mufti Abdul Shakoor said on Monday that Pakistanis who performed Hajj this year under the government scheme would start receiving a subsidy of Rs150,000 each from August 17.

The minister told an Arab daily on the sidelines of a post-Hajj news conference in Islamabad that the federal government had given a subsidy of Rs4.88 billion and this amount would be disbursed to Hajj pilgrims who have returned from the kingdom after the pilgrimage.

The total per person Hajj expenditure under the government scheme exceeded Rs860,000, though people will now be getting some financial relaxation after announcement of the subsidy.

“Our Hajj operation has completed successfully and without any untoward incident,” the minister was quoted as saying. “All people who performed their pilgrimage under the government scheme will start getting Rs150,000 back from August 17 and this disbursement process will complete by August 31.”

He said the pilgrims would be informed about the disbursement through text messages.

“They will get the amount by showing that message along with their national identity card and passport to the bank,” the minister continued. “The bank will transfer the amount into the pilgrim’s account after that.”

Saudi Arabia allowed about a million people to perform Hajj this year after lifting strict coronavirus restrictions which were imposed after the emergence of the pandemic.

“Due to the hard work of our team and cooperation of Saudis, we succeeded in reducing the expenses by nearly 1,500 Riyal per pilgrim than we had initially anticipated,” he said.

The minister also informed that over 15,000 Pakistani pilgrims under the government scheme had also benefitted from the Makkah Route Initiative.

“The pilgrims were provided residences near the Grand Mosque [in Makkah] and four- and five-star hotels in Madinah,” he said. “Apart from that, they were given the best transportation and food services as well.”