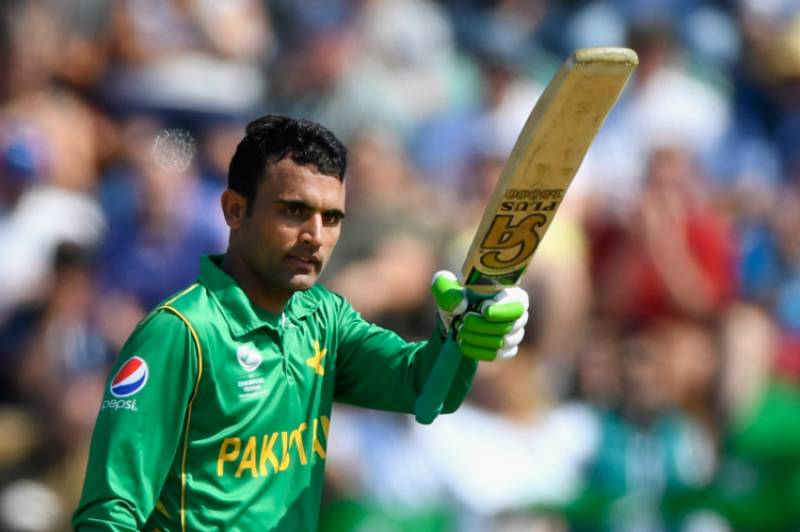 LONDON - Glamorgan County Cricket Club of England and Wales have confirmed on Monday the signing of Pakistan opener Fakhar Zaman for the first eight games of the T20 Blast.

The move follows the injury to Australia's Shaun Marsh who is currently out with a broken arm suffered in the nets.

His brother, all-rounder Mitch Marsh, is currently due to join the county after the first four games.

Fakhar has played 30 T20 matches for Pakistan. The 29-year-old left-hander has been a regular for Pakistan in the World Cup with a top score of 62 against India, taking his tally to 44 appearances in the international 50-overs format.

He is scheduled to make his debut as Glamorgan begin their Blast campaign at home to Somerset on Thursday 18 July provided he arrives in time.

Glamorgan's Director of Cricket, Mark Wallace, said, "It is disappointing to lose Shaun Marsh for the start of the competition but to secure the services of Fakhar on short notice is great news for the club, BBC Sports reported.

"Fakhar Zahman has signed up and agreed the contract," he said.

"He is a fantastic cricketer and one of the most destructive batsmen in the world who has a history of performing in big matches."

"We are hopeful he will play against Somerset. It is whether the visa comes through in time and he gets on the flight and available for Thursday.

The move will be Zaman's first stint in county cricket, though he briefly signed for Somerset in 2017 only to be recalled by the PCB for a training camp the day before he was due to fly to the UK.