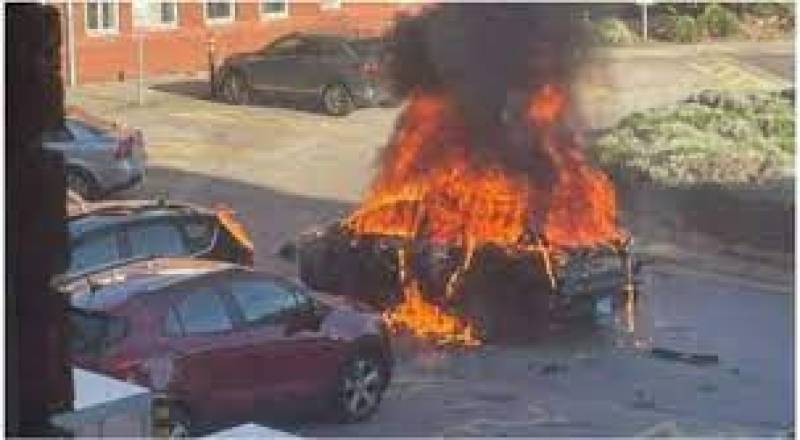 The British government has raised the terror threat level to "severe" after an explosion outside Liverpool Women's Hospital.

Taxi driver David Perry survived the blast but his passenger was killed when a homemade bomb exploded shortly before 11:00 GMT on Remembrance Sunday.

The man, who is believed to have manufactured and brought the device into the taxi, died at the scene.

Police said the motive for the attack was unclear but it had been declared as a terrorist incident.

Home Secretary Priti Patel said the threat level had been raised from "substantial" to "severe", meaning an attack is highly likely, because the explosion in Liverpool was the second incident in a month.

The death of Conservative MP Sir David Amess, who was stabbed multiple times during a meeting with his constituents in Essex on 15 October, has been treated as a terrorist incident by police.

Head of Counter Terrorism Policing North West, Russ Jackson, said the taxi passenger appeared to have made an "improvised explosive device" which caused the blast.

He said police knew the identity of the attacker but would not confirm his name at this stage.

The man is not believed to have been known to MI5, according to BBC security correspondent Gordon Corera.

Four men have been arrested in the city under the Terrorism Act as part of the investigation.

Prime Minister Boris Johnson, who chaired an emergency Cobra meeting earlier in response to the explosion, described it as a "sickening attack".

He said it was a "stark reminder for all of us to remain vigilant", but added "the British people will never be cowed by terrorism".

"As the taxi approached the drop-off point at the hospital an explosion occurred from within the car.

This quickly engulfed it in flames," he said.

"Remarkably the taxi driver escaped from the cab."

Posting on Facebook, Mr Perry's wife Rachel said he was "lucky to be alive".

"The explosion happened whilst he was in the car and how he managed to escape is an utter miracle," she added.

Mr Jackson said the taxi driver had been released from hospital after being treated for his injuries.

He said police were "aware there were Remembrance events just a short distance away from the hospital and that the ignition occurred shortly before 11:00 GMT".

"We cannot at this time draw any connection with this but it is a line of inquiry we are pursuing," he added.