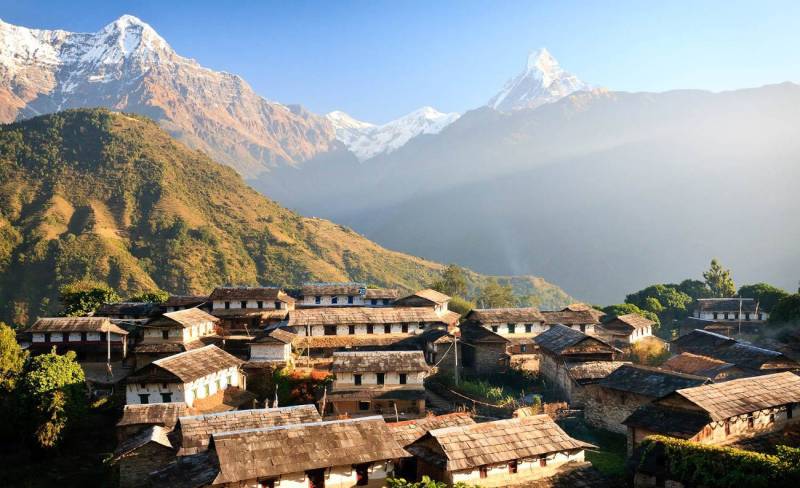 Congratulations, to honorable leader Communist Party Nepal United Marxist Leninist (CPN-UML) Chairman KP Oli, for being the 38th Prime Minister of Nepal, also first PM after the Constitution of Nepal 2015, elected by the Legislature-parliament today (11th october 2015). Mr Oli has 338 votes into his pocket, out of 587. A well over 50 nearing 60 percent of the total vote bank. The wait, I remember, has been a long one for our 38th PM, a lot of things that were not there before, have developed with time and he has not surely earned favor for tomorrow.

In all the desperateness- the kind possessed by possibly politicians everywhere, and playing the cards of National Unity that emanated from the Nationalist public and from support of his hardworking party cadres since a while ago, he surely made success in writing his name in the Nepalese history. However, present and future is what challenges him now. To keep 'working government functioning', it takes just more than the PM and his party. There is a sour relation in the canopy and as well as within. Thirty percent of national population holding citizenships of Nepal, stand over at the borders posing a blockade. The canopy, India, in a bid to bring progress in its own land, wants to unburden annoyances of Nepal's internal politics. India perhaps noticed there is no glamour in Nepal's internal politics.

The nation, with just 30 million, is reeling through shortage of all sorts of regular life amenities from food, shelter, energy, petroleum at the present and even in the past, recent earthquake added to woes of Nepal. Relations with the International community is as if vinegar is added in their drinks, working relations with United Nations is at record low and as a nation, Nepal has a lot to achieve. Only with the 'know-how' from the International institutions, the journey of a stable establishment begins and progresses, to state like Nepal possessing minimal 'know-how, vision and resources' for moving forward.

The agreement of the majority discarded to assure a mutually conducive working environment for stable future. The dynamics that CPN-UML will establish in the government may last for a while, say a year or two, as historic trend of Nepali politics, then it is not long for Nepal to witness a 39th Prime Minister and successive digits, within a duration of 5-7 years. In past couple of decades, Nepal has gone through several successive transitions. Multiparty democracy politics(1990s), decade long civil war (1995-2005), peace process (hope), interim constitution (2007-2015), and recently drafted New Constitution of Nepal 2015. Nepal also went on becoming a Hindu state to a secular one, monarchy to republic and more representation of the socially disadvantaged groups. Feats achieved surmount to long working of history.

Albeit, immediate challenges are immense and require cooperation from all the structures well into play in Nepali politics. The alliance of smaller groups led to more representation and stronger influence upon the 30% Madhes inhabitants. This has posed as an obstacle to country's everyday imports and exports. Beijing , beyond the picturesque mountainous horizon, is unreachable directly through Kathmandu. Both, China and India to some extent have a mutual understanding among one another, and may find good reasons not to get into the issues of tiny nation as Nepal and jeopardize their progressive relations.

It is interesting to further follow the Prime Minister Oli and his governments utility. The protesting Madesh leadership, to some extent, receives sentiments extended by the Indian sides, this must not be tossed out of the table, although officially the Indian government has denied assistance and explicit sentiments. Moreover, a certain Indian community involved in India-Nepal transportation sector is evidently suffering along with medium-sized Indian business community. They have been the victims of the recent political rift in Nepal and perhaps are planning withdrawal for business in Nepal for their betterment. If so happens, Nepal is going to face much harder days to solely function and will eventually paralyzed. This would follow, a historic trend in Nepali internal politics, and change of government to tackle the obstacles, while the functioning of the government will be left to be dealt after the formation of a new, able and stable government, making way for 39th Prime Minister of Nepal.