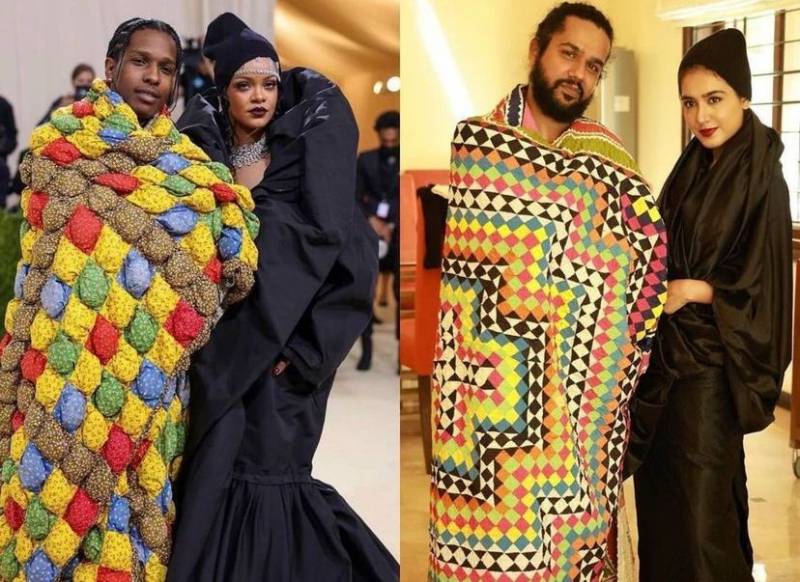 Pakistani comedian Ali Gul Pir and the gorgeous actress Mansha Pasha were clearly finding it hard to abstain from the Met Gala craze.

Jumping onto the bandwagon of “sasta Gala” craze, the fantastic duo created a low-budget Met Gala look that has undoubtedly won hearts on the internet

Needless to say, the hilarious parade clearly shows them flaunting their creativity as they channel ASAP Rocky and Rihanna’s looks.

Leaving millions of netizens laughing, he and Mansha effortlessly glide into the shoes of the iconic duo as they channel their wardrobe choice with subtle digs.

ASAP’s colourful quilt was replaced by a Sindhi rilli and Rihanna’s all-black Balenciaga ensemble by what appears to be a silk sari.

Pir has proved from time to time that he is the king of subtle roasting. His ability to call spade a spade shines through which puts him as the most sought comedian in Pakistan.

Earlier, Ali left the internet laughing over his recreation of American actor Lili Reinhart’s iconic look which had flowers representing the 50 American states.