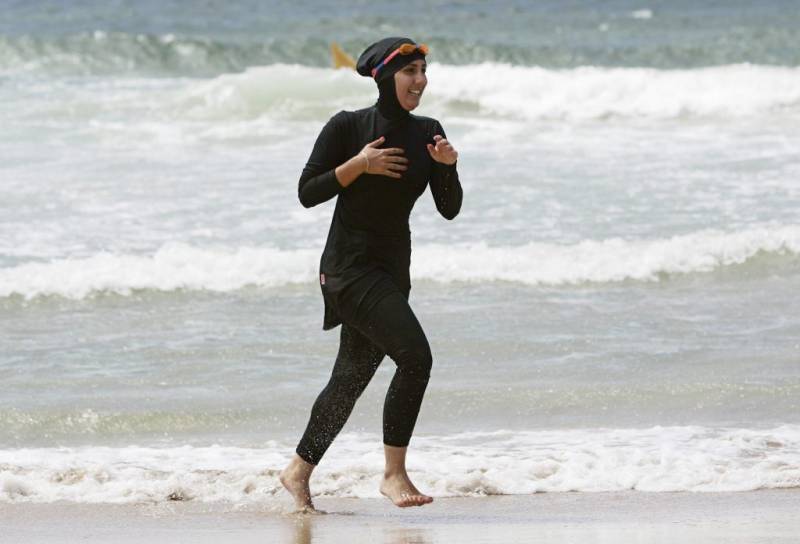 PARIS (Web Desk) – Three women have been fined for wearing burkinis at beaches in Cannes, France.

Three Mediterranean towns — Cannes, Villeneuve-Loubet and Sisco on the island of Corsica — have banned the burqini, and Le Touquet on the Atlantic coast is planning to do the same.

The full-bodied swimsuits, typically worn by Muslim women for modesty, were banned from Cannes last week. Cannes Mayor David Lisnard called to ban the suits from beaches and violators would be fined for £33 (or $43).

Lisnard said the ban was put in place because burkinis could “create risks of disrupting public order.” France, a secular country, has been the target of a string of terrorist attacks, the most recent one occurring in Nice, France when a man killed 85 bystanders after plowing through a crowd in a truck.

The burqini debate is particularly sensitive in France given deadly attacks by militants, including bombings and shootings in Paris which killed 130 people last November, which have raised tensions between communities and made people wary of public places.

The socialist government's minister for women's rights, Laurence Rossignol, said municipal bans on the burqini should not be seen in the context of terrorism but she supported the bans.