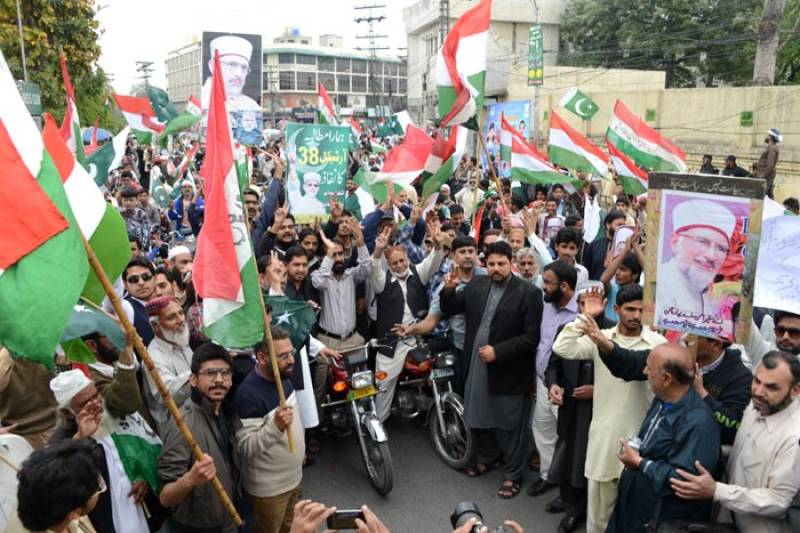 LAHORE (Web Desk) - Pakistan Awami Tehreek (PAT) has published the schedule for rallies in as many as 140 cities until August 30.

As per details, the protest rallies, sit-ins and demonstrations will take office in 140 cities from August 20 until 30.

Reportedly, the emergency session of the PAT Core Committee, presided over by its chief Dr Tahirul Qadri took place at the party’s Model Town central secretariat in Lahore.

The party decided to run rallies, demonstrations and sit-in protests in 140 cities for their “Qisas-o-Salmiat-e-Pakistan Tehreek”, literally, movement for retribution and integrity of Pakistan. The party has issued scheduled for the said demonstrations.

As per the schedule, demonstrations and sit-ins will take office in Lahore, Peshawar, Hyderabad, Larkana, Faisalabad, Sibi among 77 other cities on August 20.

Tahirul Qadri will announce the 2nd phase of the movement in Islamabad protest on August 30. He will address the demonstrations through a video connection.