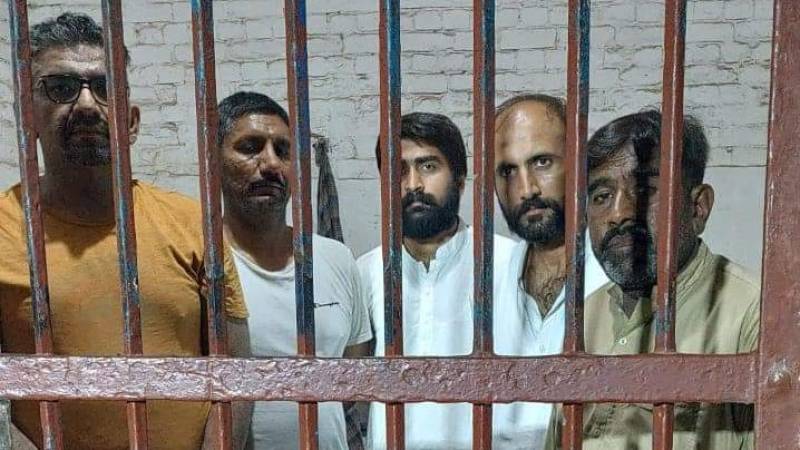 FAISALABAD – Police have arrested a man who allegedly kidnapped his daughter's friend, subjected her to mental and physical torture and made her lick his shoes for rejecting his marriage proposal.

According to the complaint submitted by Rukhsana Qamar, a BDS student, to the Women's Police Station in Faisalabad, she had family terms with her school friend Ana Ali Sheikh and used to visit her home occasionally. She says Ana's father Sheikh Danish Ali started taking interest in her and later he proposed her but she rejected his marriage proposal.

According to the complainant, her rejection of Sheikh Danish's proposal angered him and he took revenge on her. She said that Sheikh Danish barged in her home along with some armed men, kidnapped her at gun point, took her to his home located in Paradise Valley on Sheikhupra Road in Faisalabad, assaulted her physically, mentally and sexually, shaved her head and eyebrows and then made her lick his shoes and shoes of his accomplices. The accused filmed the entire incident and then released the videos on social media, the complainant said.

Faizan, Shoaib, Khan Muhammad, Maham and some others have been mentioned as accomplices of Sheikh Danish in this criminal incident.

Police have arrested Sheikh Danish, his daughter Ana Ali and all other accused and further investigation is in progress.