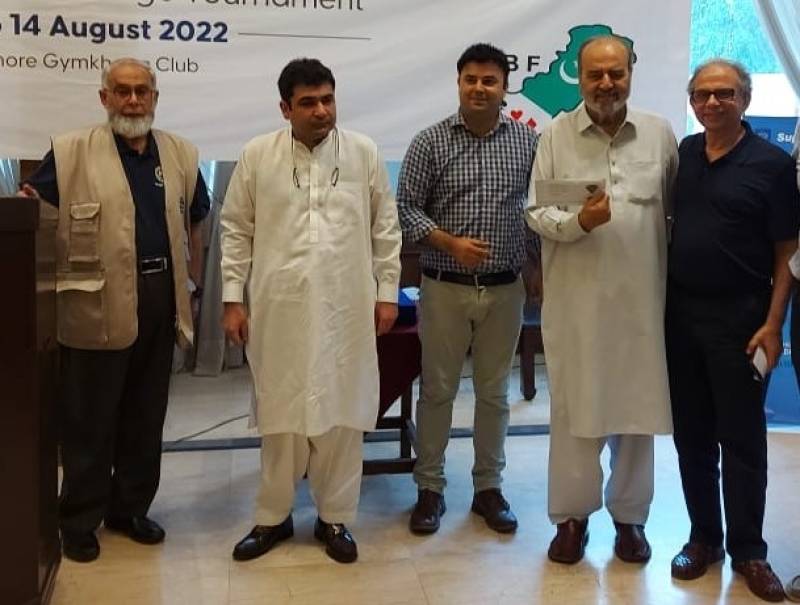 A total of 10 teams registered for this championship and contested over nine fatiguing and arduous rounds and brilliant names of the bridge arena were all there to impact the happenings of this national event and in the process acclaim the Diamond Jubilee of the country's Independence.

The event was conducted by International Tournament Director, Ihsan Qadir. Competitive flow of this national event was purposeful and at the end of nine debilitating rounds, the champion team turned out to be the JK Team comprising of renowned players like Javed Khalid, Saeed Akhter, Imran Gardezi, Arsalan Mansoor and Umer Aslam.

Their winning points total was 137.67 and they achieved this honor by surpassing the skills of the adroit BAGHI TV Team comprising Mubashir Luqman plus bridge playing experts Jahangir Ahmed, Ghias A Malik, Ghalib Bandesha, Mirza Shauq Hussain and Asad Maqbool as they compiled 114.57 points.

In the pairs event, the winning pair was Mirza Shauq Hussain and Imran Abeedi. At the conclusion of the event, the prizes were awarded to winning teams and pairs by Shariq Shafi of Supreme Foam and Sarmad Nadeem, Convenor, Card Room.