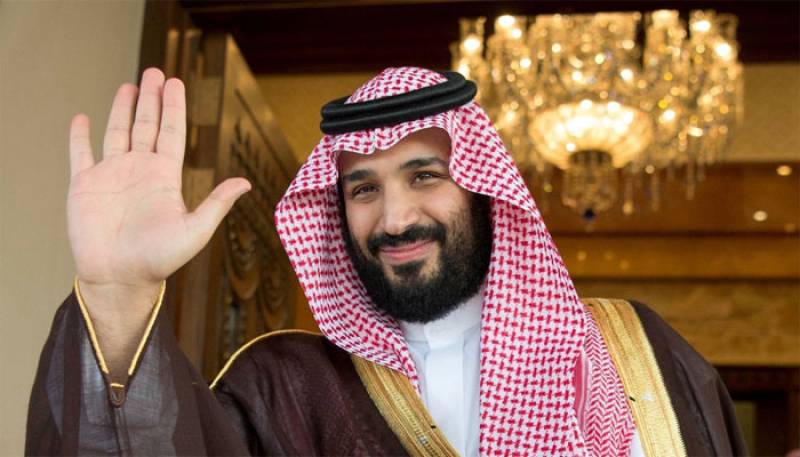 ISLAMABAD - A red carpet welcome awaits Saudi Crown Prince Muhammad bin Salman upon his arrival in Pakistan, who will be undertaking a significant first ever two-day state level visit on February 17-18 since his elevation to the position of Crown Prince in April 2017.

Upon the invitation of Prime Minister Imran Khan, the Crown Prince accompanied by a high-powered delegation including members of the Saudi Royal family, key ministers and leading businessmen will arrive Islamabad.

Prime Minister Imran Khan along with the federal cabinet members will warmly receive the visiting dignitary upon his arrival at the airport. A red carpet will be rolled out in the PM House where the Crown Prince would be presented a guard of honour.

All the preparations have been put in place to accord a warm welcome to the visiting dignitary and his entourage.

During his two-day stay, Prince Salman will call on President Dr Arif Alvi and would also meet the Prime Minister and the Chief of Army Staff, according to a press release of the Foreign Office.

The Crown Prince who also holds portfolios of Deputy Prime Minister and Minister of Defence in the Kingdom of Saudi Arabia will hold a discussion with the leadership of Pakistan to further cementing the brotherly ties between the two countries besides, deliberating upon a wide range of issues of mutual interests.

A delegation of Senate will also call on the Crown Prince to discuss ways to enhance parliamentary cooperation between the two countries.

The Saudi ministers accompanying the Crown Prince will meet their counterparts to discuss bilateral cooperation in their respective fields.

On sidelines of the visit, businessmen of the two countries will also meet to discuss opportunities of collaboration in the private sector.

During his visit, Pakistan and Saudi Arabia will be signing a number of agreements and memorandums of understanding related to diverse sectors, including investment, finance, power, renewable energy, internal security, media, culture and sports.

The spokesperson for the Foreign Office Dr Mohammad Faisal on his Twitter account Saturday said during the visit of Saudi Crown Prince, an MoU on the establishment of an integrated complex, the petrochemical refinery would be signed.

To enhance and strengthen bilateral cooperation in the field of information and media, Pakistan and Saudi Arabia will sign an executive Programme for Media Cooperation, he further tweeted.

Dr Faisal in series of tweets also posted that to encourage cooperation in the field of culture and arts, an executive programme for cultural cooperation will be signed during the visit.

The two countries will also discuss ways and means to develop a robust follow-up mechanism to ensure effective implementation and quick progress on tangible areas of cooperation.

The visit of Crown Prince is expected to significantly enhance bilateral ties between the two countries in all spheres of cooperation.

In times of difficulty and challenge, Saudi Arabia has always stood by Pakistan, and come forward with generous support. The two brotherly countries are each other’s, strategic partners.

These relations are grounded in the long-standing political, civilizational, spiritual, commercial and economic affinities, in geographic proximity, and people to people linkage based on strong bonds of faith and culture.

Prime Minister Imran Khan paid his maiden state visit to Saudi Arabia as the foreign country, where he was accorded an unprecedented welcome in September last year which was followed by another visit in October to participate in the second Future Investment Initiative Conference in Riyadh.

Since the inception of the new government, Pakistan and Saudi Arabia have maintained a high momentum of leadership level exchanges.

At the request of Prime Minister Imran Khan, Saudi Arabia has deposited US$ 3 billion in the State Bank of Pakistan which was meant to extend balance of payments support to Pakistan.

Saudi Arabia has also graciously agreed to provide a one-year deferred payment facility or import of oil up to US$ 3 billion.

Negotiations between the two countries were also held on setting up by Saudi Arabia of an oil refinery in Gwadar, entailing an investment of up to $10 billion. An agreement in this regard is expected to be concluded during the upcoming visit of the Crown Prince.

The decision in principle was also taken to reduce visa fee for Pakistani expat workers. About 2.6 million, nearly one-third of Pakistani expatriates (28%), live in Saudi Arabia which is home to the largest Pakistani community abroad anywhere in the world.

Saudi Arabia is also the largest source of remittances to Pakistan. In 2017-18, Pakistanis based in Saudi Arabia remitted US$ 4.8 billion back home, accounting for 29% of total remittance receipts.

Pakistan also continues to stand unequivocally by the side of Saudi Arabia and always vowed to protect its territorial integrity against all threats.

Both the countries continued to extend each other valuable support at multilateral forums including the United Nations and Organization of Islamic Cooperation.