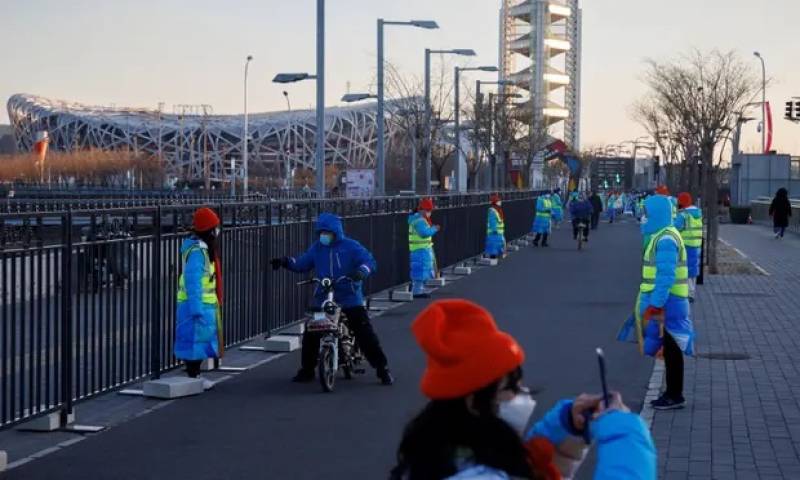 According to the state media, an official at the city’s disease control authority said at a press conference that laboratory testing found “mutations specific to the Omicron variant” in the person. The authorities have since published a detailed account of the patient’s activity that dates back to December 31.

In Beijing, Haidian district officials said they had sealed up the infected person’s residential compound and workplace and collected 2,430 samples for testing from people linked to the two locations.

The detection of the highly infectious Omicron variant comes less than three weeks before the opening ceremony of the Winter Games on 4 February, and the lunar new year celebrations that begin on 1 February.

Dozens of domestic and international flights have been suspended in the past few weeks to control the spread of the disease and the authorities have urged citizens not to leave the town unnecessarily during the lunar new year holiday period.

The Chinese capital has been on high alert since the first reported Omicron case in neighbouring Tianjin last month. On Saturday, Xu Hejian, the Chinese capital’s spokesperson, urged the municipal government departments to “ensure the safety of the capital, the Winter Olympics, and its residents.