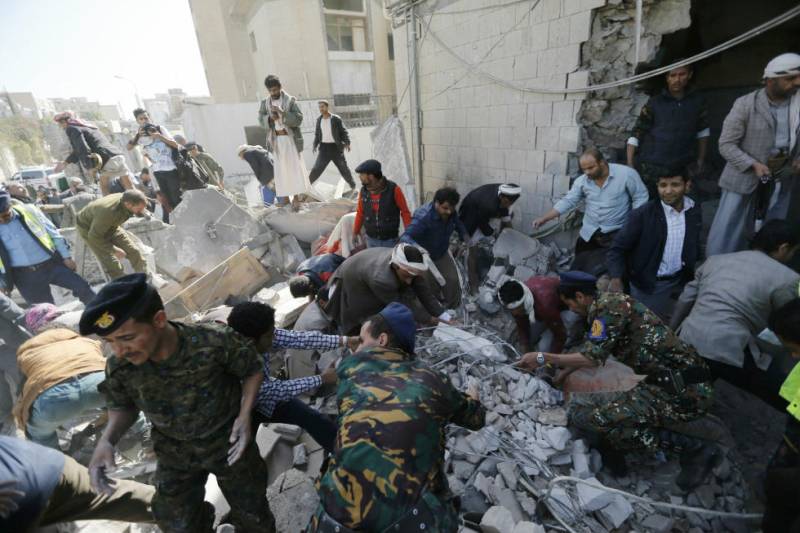 SANNA (APP) - Four car bombs hit three mosques and the political headquarters of the Houthi movement in the Yemeni capital Sanaa on Wednesday, a security official said, killing and wounding dozens of people.

One health official was quoted as saying that at least 23 people had died.

The blasts came as Saudi-led forces conducted more air strikes against Houthi military sites across Yemen and as delegates attending peace talks in Switzerland reported no progress on the second day of a U.N.-sponsored push for a Ramadan truce.

In March, attacks by Islamic State (IS) on mosques in Sanaa used mainly by Houthis left more than 130 people dead.