No tension with Afghanistan but wants border management, Senate told 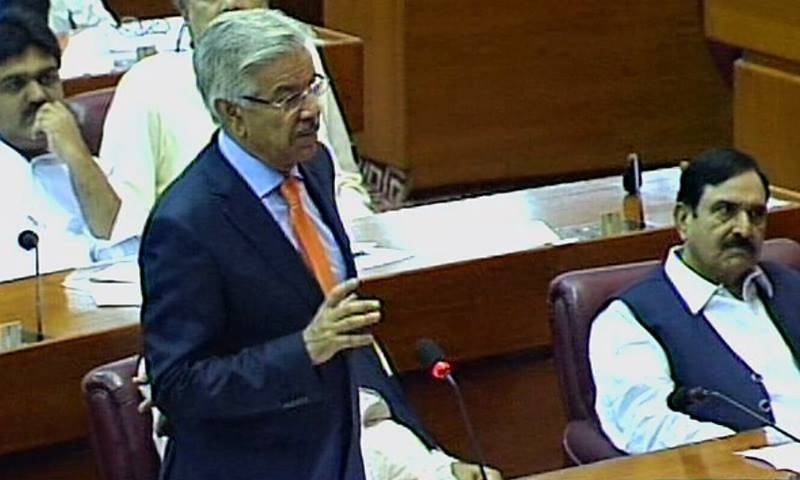 ISLAMABAD (Web Desk) - Defence Minister Khawaja Mohammad Asif on Thursday said that Pakistan has no fight with Afghanistan but wanted effective border management for peace and security in the region.

“There are no two opinions on border management as it is necessary for our security and against the war on terrorism and its conclusion,” he said in a policy statement in the Upper House of Parliament regarding the recent rise in tensions between Pakistan and Afghanistan.

Khawaja Asif said a proper border between the two countries like the Pak-India and Pak-Iran borders would allay fears on both sides regarding the presence of the Quetta Shura and Haqqani Network on our soil and Pakistan’s complaint of the presence of TTP's leadership in Afghanistan.

He said both countries shared a common history, culture and religion and their destinies were interlinked, adding, “we have no animosity with Afghanistan; rather interests of both the countries are interconnected.”

He said there were 78 identified crossings at Pak-Afghan border in which major notified were Torkham and Chaman, adding that two were under development in North and South Waziristan, three in Kurram Agency while nine notified crossings remained closed.