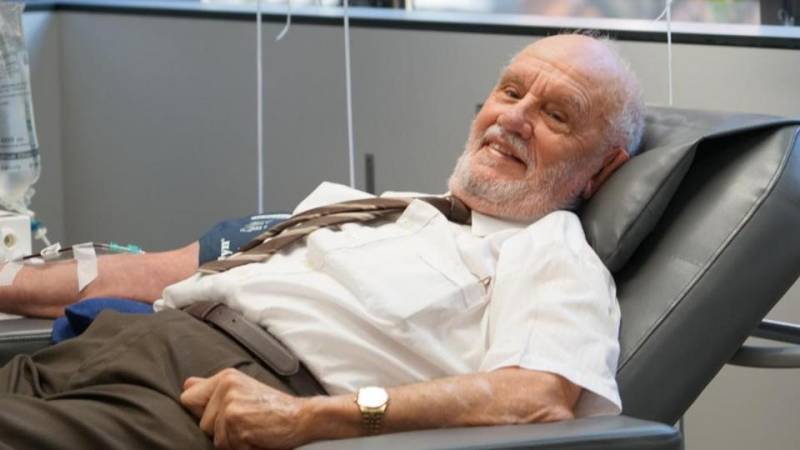 SYDNEY - An 81-year-old Australian man, who donated his blood more than 1,100 times over the six decades and is credited for saving more than two million babies, has “retired”.

James Harrison, known as the “Man with the Golden Arm”, has a rare antibody in his blood that is used to make a lifesaving medication called anti-D. It is given to pregnant women with rhesus disease or whose blood is at risk of developing antibodies that attack their unborn babies.

Doctors discovered that Harrison’s blood had unique properties over a decade after he was hospitalised for three months for a major chest surgery at the age of 14. Harrison survived after continuous blood transfusion and that was when he pledged to become a blood donor.

“He pledged to donate as soon as he was old enough and four years later, kept his promise. He began by donating whole blood despite an aversion to needles,” Australian Red Cross Blood Service said.

Harrison’s daughter is among the recipients of the Anti-D vaccine created by his blood plasma.

Harrison’s generosity has earned him numerous awards, including one of the country’s most prestigious honours - the Medal of the Order of Australia in 1999.

“I’ve saved a lot of lives and got a lot of new kids into the world, so yeah, it makes you feel good in that respect,” Harrison was quoted as saying by Nine Network.

According to Australian Red Cross Blood Service, less than 50 people in Australia are known to have the rare antibodies.

After Harrison’s retirement last Friday, the organisation hopes that other people with similar antibodies in their blood will come forward to help others.