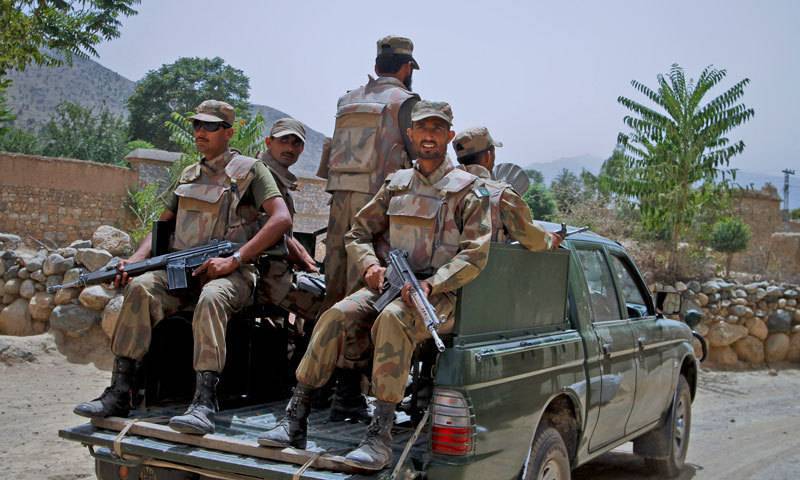 RAWALPINDI - The security forces on Wednesday killed a high-value target of banned Lashkar-e-Jhangvi (LeJ), along with two other terrorists, involved in the killings of over 100 innocent people of Hazara community and police personnel, the Inter-Services Public Relations (ISPR) said in a statement.

Security personnel conducted an intelligence-based operation (IBO) in Killi Almas, Balochistan, on the pointation of an under custody suspect about the presence of suicide bombers along with other terrorists in hideouts located in the vicinity.

The ISPR said that two of the deceased were suicide bombers, while the third one was Salman Badeni — LeJ head of Balochistan.

During an intense exchange of fire, Colonel Sohail Abid of Military Intelligence embraced martyrdom, the ISPR further said in its statement, besides injuries to four soldiers.

Two of the injured soldiers were in the critical situation, it added.