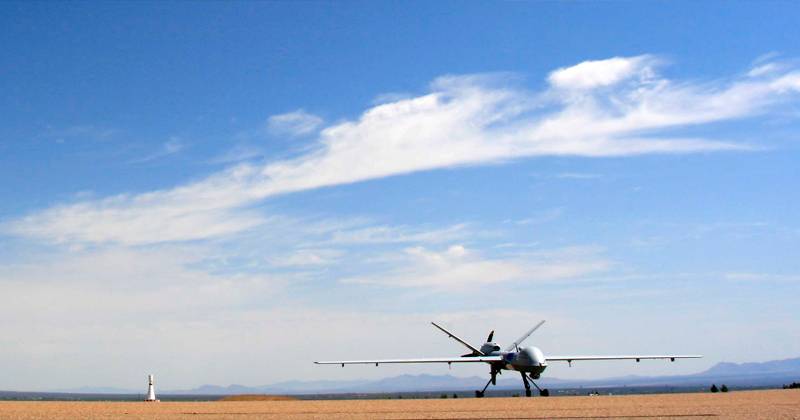 RIYADH – Saudi Arabia on Thursday accused Iran of ordering a drone attack by Yemen’s rebels that knocked out a key oil pipeline earlier this week.

Prince Khalid Bin Salman, the vice minister for defense and brother of Saudi Arabia’s de facto ruler, said on Twitter that Tuesday’s drone attack, which was claimed by Iran-backed Houthi rebels in Yemen, undermined efforts to heal the divided country.

The terrorist acts, ordered by the regime in Tehran, and carried out by the Houthis, are tightening the noose around the ongoing political efforts.

“The terrorist acts, ordered by the regime in Tehran, and carried out by the Houthis, are tightening the noose around the ongoing political efforts,” Prince Khalid said, without providing evidence. “These militias are merely a tool that Iran’s regime uses to implement its expansionist agenda in the region.”

Meanwhile, a newspaper close to the palace went further, running an editorial calling for “surgical” US strikes on Iran in retaliation. Iran has been accused by the US and the UN of supplying ballistic missile technology and arms to the Houthis, which Tehran denies.

The Arab News editorial, published in English, said it’s “clear that (US) sanctions are not sending the right message” and that “they must be hit hard,” without elaborating on what specific targets should be struck.

Washington has already deployed warships to the Persian Gulf as well as other military forces, including troops and warplanes to countries neighbouring Iran.

US National Security Adviser John Bolton said on May 6 that it was a message to the Iranian regime that any attack on US interests or its allies would “be met with unrelenting force.”

The accusations came as Saudi-led forces launched retaliatory airstrikes against Houthi positions in the rebel-held capital, Sanaa, killing at least six people, including four children. At least 40 other people were wounded, according to Yemen’s Health Ministry.

Saudi Arabia and the UAE entered the Yemen war in 2015 and have long accused Iran of providing their Houthi foes with support. The Houthis control the capital, Sana’a, and have repeatedly lobbed missiles toward Riyadh.

Despite its military superiority, the Saudi-led coalition has yet to defeat the Houthis. But the four-year war has killed thousands and left millions facing hunger and disease.

Tensions have flared in recent weeks after the US sent warships and bombers to the region to counter an alleged threat from Iran. Four oil tankers were targeted in sabotage attacks Sunday off the coast of the United Arab Emirates, and drones struck a Saudi oil pipeline Tuesday in an attack claimed by Iran-aligned Houthi rebels.

JEDDAH - Saudi Arabia has confirmed that two pump stations on its East-West pipeline were attacked by armed drones. In ...

The crisis is rooted in President Donald Trump’s decision last year to withdraw the US from the 2015 nuclear accord between Iran and world powers, and impose massive sanctions that have crippled Iran’s economy.

With an economic crisis looming, Iran announced last week it would gradually withdraw from the multi-lateral accord intended to curb its nuclear program, unless the remaining parties throw it an economic lifeline by July 7. That would potentially bring it closer to being able to develop a nuclear weapon, something Iran insists it has never sought.

In recent months the US has designated Iran’s Revolutionary Guard corps a “foreign terrorist organisation” and announced an end to waivers for countries wishing to purchase Iranian oil.

Last week, US officials was quoted by the Associated Press as saying that they had detected signs of Iranian preparations for potential attacks on US forces and interests in the Middle East, but Washington has not publicly provided any evidence to back up claims of an increased Iranian threat.

In latest move this week, the US State Department ordered all nonessential government staff to leave Iraq, and Germany and the Netherlands both suspended their military assistance programs in the country in the latest sign of tensions.

ISLAMABAD – Pakistan’ foreign office Thursday described the developments in the Persian Gulf as "disturbing" and ...

The movement of diplomatic personnel is often done in times of conflict, but what is driving the decisions from the White House remains unclear. Iraq is home to powerful pro-Iranian militias, while also hosting more than 5,000 American troops. The US military’s Central Command said its troops were on high alert, without elaborating.