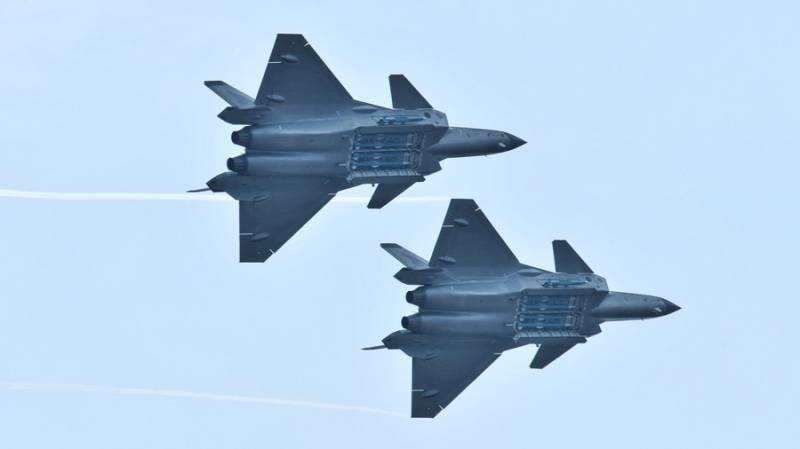 BEIJING - Demonstration flights of the J-10B and J-20 jets at the latest airshow are the testimony to China’s technological prowess. It no longer needs to copy foreign products and can make weapons unmatched in some areas, experts say.

Chinese military and defense producers showed off lots of weapon systems at the biennial Zhuhai Airshow held in the southern province. But demonstration flights were among the most interesting parts of the event, partly because they really show what modern Chinese aircraft can do. After all, a specifications sheet may be influenced by wishful thinking and false advertising, but in the air you can either perform a Pugachev Cobra or you can’t.

The J-10 performing aerobatic manoeuvres on the first day of the expo differed from the one shown on display. The more advanced J-10B version featured for the first time in public an engine with a nozzle capable of thrust vector control (TVC). And it was a Chinese engine, not Russian, showcasing Beijing’s acquisition of expertise in advanced weapon tech.

The J-20, the heavy counterpart to the light J-10 and China’s most advanced aircraft, had its moment in the limelight as well. Multiple photos and videos of the event are among the best quality yet of the air superiority jet, which made its maiden flight just seven years ago. They not only displayed spectacular manoeuvrability for an aircraft that heavy, but also showed off an internal weapon bay loaded with four extra long-range air-to-air missiles, which complimented short-range projectiles on hard points.

On the ground, J-20 chief designer Yang Wei teased journalists, implying a TVC-capable engine may have been successfully adapted to the fighter jet. The implication was clear – if an interim engine underpowered for the size of a J-20 gives it such agility, then how much better would it be with a better-suited engine?

The expert added that even now it’s clear that at speeds around the Mach number, the J-20 is most likely unrivalled at the moment.

Air superiority aircraft is just one military area where China has demonstrated spectacular progress over the past decade or so. It has greatly empowered its Navy by deploying advanced submarines, completing its first domestically-built aircraft carrier and creating several new interesting ship classes like the Type 055 destroyer. It improved its anti-ship ballistic and cruise missiles and is rapidly developing space assets. And its reliance on foreign suppliers becomes less acute by the year.