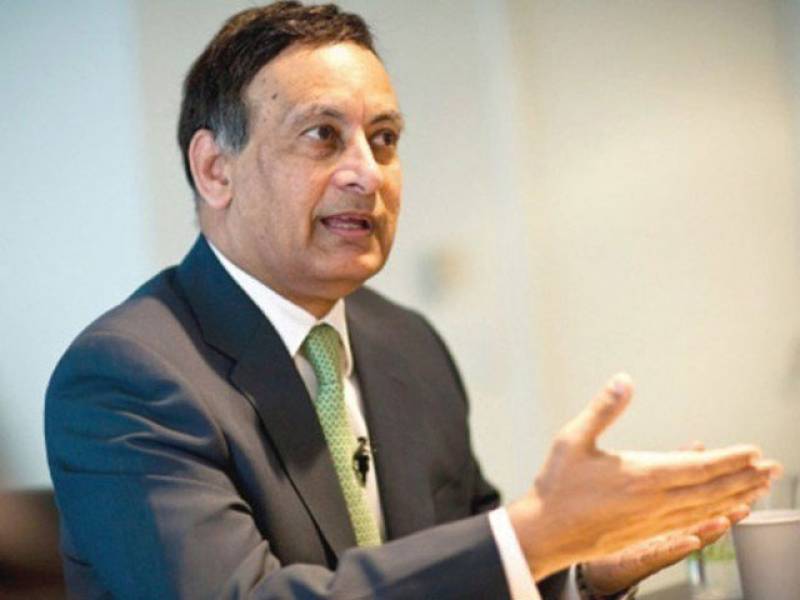 WASHINGTON - Pakistan’s former top diplomat to the US Hussain Haqqani has slammed China’s deputy ambassador in Islamabad Zhao Lijian for his “undignified” trolling after the ex-envoy shared a story about the Chinese government’s treatment of minority Uyghur Muslims.

Over the past few days, Haqqani has been involved in a public spat with Zhao which started over a tweet.

Zhao, instead of responding to the shared article, criticised Haqqani for the tweet.

“Joke of the day. A person without soul and nationality is joining a groundless attack against China. What a pity!” he said.

Responding to the criticism, Haqqani said diplomatic courtesy usually required diplomats not to attack people of the country where they are serving and certainly not by attacking their patriotism towards their own country.

“I respect Zhao Lijian’s rights to defend China and China’s policies, but for him to act as a troll on behalf of those in Pakistan who called me names was very undignified,” Haqqani said on Monday.

The former envoy said Monday that he will continue to write, tweet and say what he believes.

“I am not somebody who is going to toe the line of either the Pakistani establishment, the civilian Pakistani government or Mr Zhao Lijian, who until a few months ago was known as Muhammad Zhao Lijian,” he said, adding that he had never met the Chinese diplomat.

Earlier, after Zhao questioned Haqqani’s nationality, the ex-envoy responded saying, “Pitiful act of the day: a Chinese diplomat who dropped ‘Muhammad’ from his name attacks me for tweeting an article rather than denying the article from the Times”.

“How much are they paying you? You’re lying like this and attacking China. I respected you as a former Ambassador, but no more from now on,” Zhao had hit back.

“I just tweeted an article from the London Times with a question mark. And the article said that Uighurs in a re-education camps in China were being forced to eat pork. It was a news story that has appeared in many other newspapers. He decided to attack me for tweeting it and by calling me a person without a nationality and a soul,” Haqqani said on Monday.

“Firstly, I do have a nationality and secondly, as far as having soul is concerned, I thought atheist didn’t believe in the notion of soul,” said Haqqani who is now associated with the Hudson Institute, a top American think-tank.

Over the past few days, the Chinese diplomat has been slammed on Twitter for attacking Haqqani and not responding to the news story on Uighurs.

“He’s a Pakistani national, which is a sovereign country. What kind of a diplomat gives out statements against the citizens of a host country? Kindly respond to the queries raised on your country’s policies without insulting Pakistani citizens. We are a nation with diverse views,” tweeted a user Marvi Sirmed.

Around one million minority Uighur Muslims have reportedly been sent into detention and indoctrination centres in Xinjing region during a surveillance and security campaign run by the Chinese government.

The Chinese Muslim community has resisted coercive “re-education” efforts by the authorities, which have progressively restricted religious minorities from observing the basic articles of their faith.