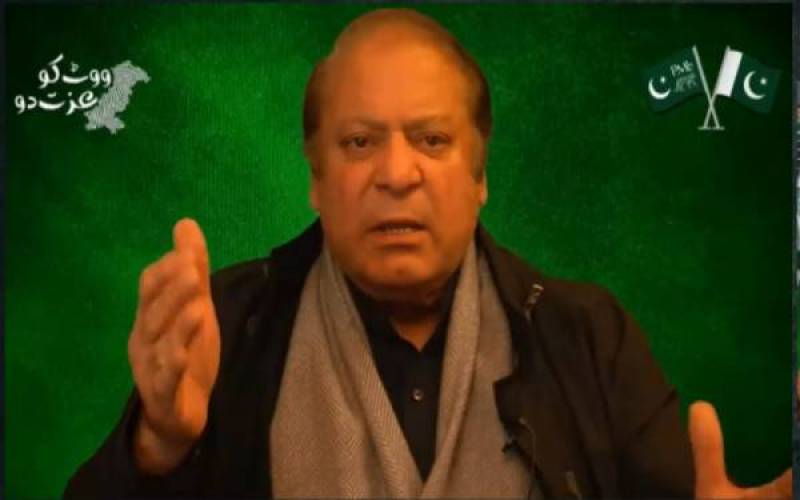 GUJRANWALA - Former prime minister Nawaz Sharif has termed the PTI government most corrupt, adding that an NRO given by former chief justice Saqib Nisar to Imran Khan could not save him.

Addressing Pakistan Democratic Movement’s (PDM) massive public gathering in Gujranwala, he said: “You [Imran Khan] will have to be answerable”. He said that Imran Khan will have to give receipts for Bani Gala and Zaman Part properties.

Accusing the PTI government of corruption, he said that public is enable to meet both ends due to the policies of the selected rulers.

He lambasted the premier for his promises regarding providing employment to ten million people and building five million homes.

“Who is responsible for such disaster in country?” he questioned, adding: “Who had stolen the elections?”

He said that struggle to restore sanctity of vote will continue whether he is declared traitor, rebel or fugitive.

Nawaz Sharif recalled the achievement of his tenure, saying it was the PML-N which eradicated loadshedding and terrorism.

He said that dictators, who had been imposed martial law in Pakistan, used to term politicians traitor.

Nawaz Sharif said that he salutes the Pakistan Army troops who sacrifice their lives for the defense of the country. He on the other accused army chief and other of orchestrating his ouster and bringing Imran Khan to power.