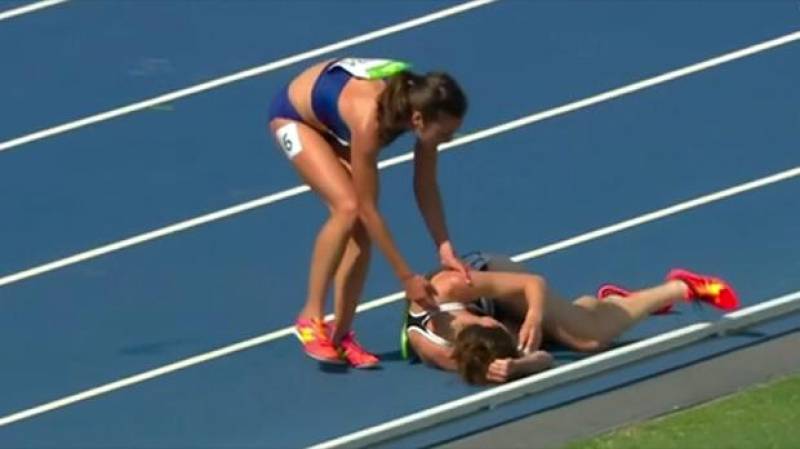 RIO DE JANERO (Web Desk) – An American runner has been praised as a true Olympian after stopping mid-race to help a fallen rival on to her feet.

A 5,000 meter runner stopped mid-race to help a fallen athlete in a reliable demonstration of sportsmanship at the Rio Olympics.

New Zealand’s Nikki Hamblin fell during the 5,000m heats and accidentally tripped up Abbey D’Agostino of the United States. 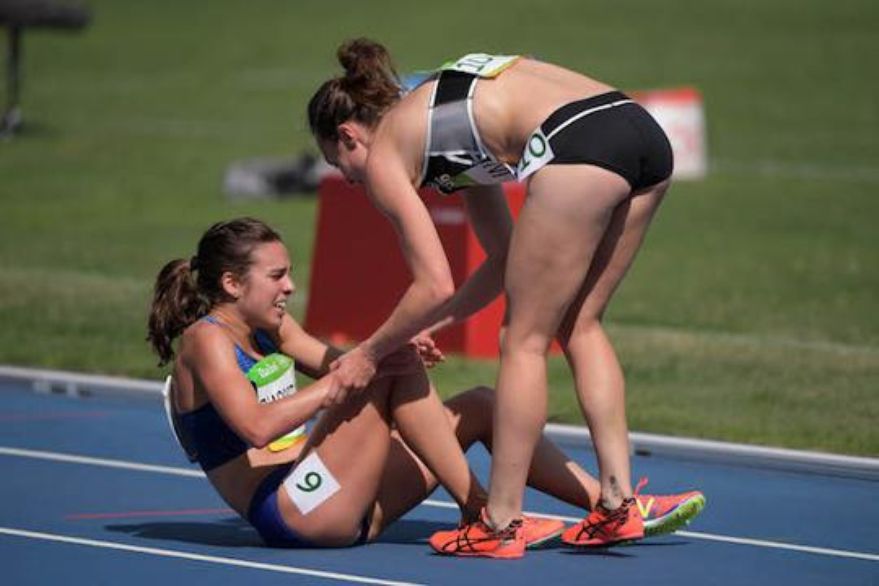 With Hamblin lying on the floor behind her, D’Agostino got back to her feet but refused to continue the race. Rather, she sacrificed her race and turned around to help the prone New Zealander. 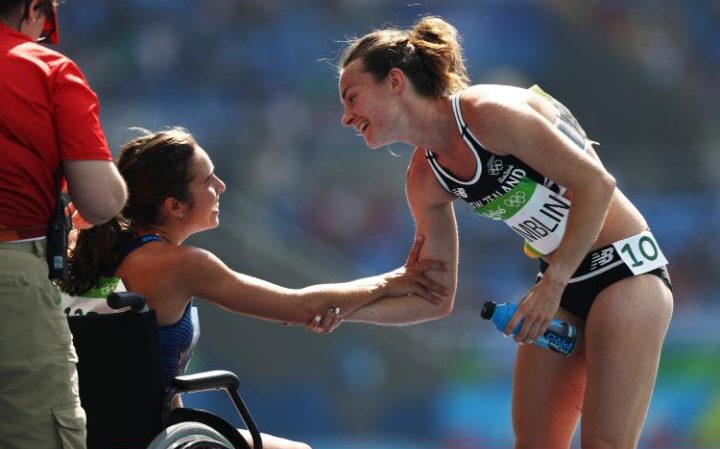 D’Agostino, 24, appeared to have sprained her right knee in the collision, and was entirely able to limp over the occupation before she was later seen in a wheelchair along the position of the trail. 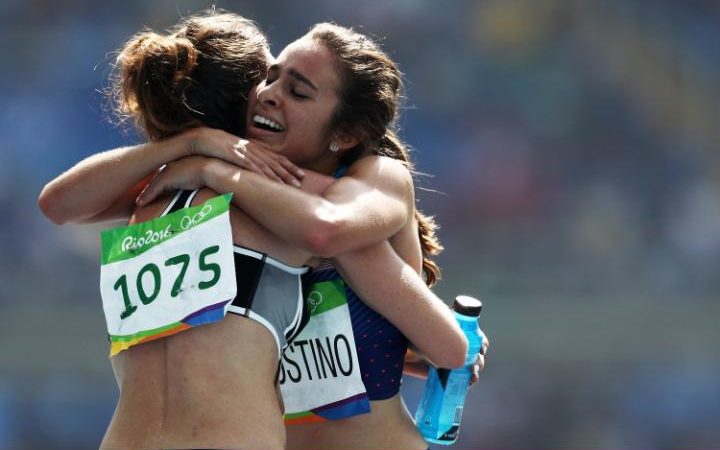 The pair hugged at the goal line after finishing well back from the repose of the area. Hamblin finished after 16 minutes and 43 minutes, while D’Agostino eventually finished after 17 minutes and 10 seconds, more than two minutes after the winner of the heat, Almaz Ayana, from Ethiopia.