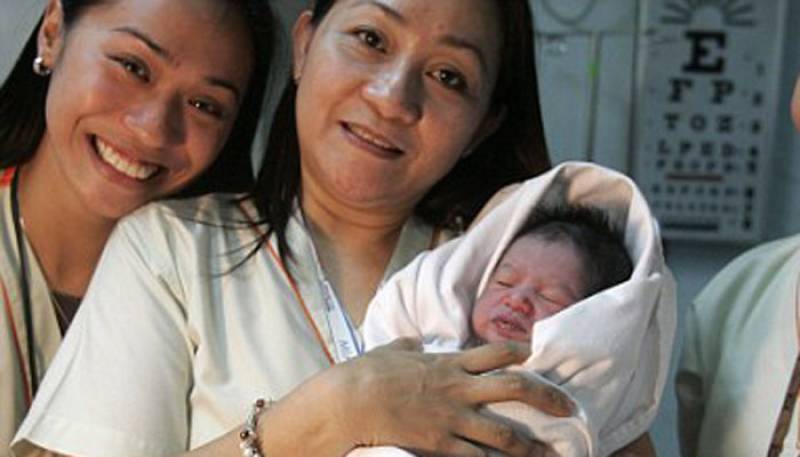 NEW DELHI (Web Desk) - A woman gave birth to a premature but healthy baby girl mid-flight while travelling from the United Arab Emirates to the Philippines, forcing the plane to carry out an emergency landing in India.

The female parent, whose due date was two months away, went into confinement on board the Cebu Pacific Air flight Sunday as it took flight from Dubai to Manila, her fellow passenger Missy Berberabe Umandal posted on Facebook.

Panicked flight attendants started calling out for medical assistance ─ discovering two nurses among the passengers ─ before turning the front of the cabin into a makeshift delivery room.

"We only heard one semi-loud screech, and a few seconds later, there were tinier, cute screeches, and it was when we knew the baby was born." Umandal said in her berth, with a painting showing the mother nursing her newborn, wrapped in a mantle. The mother's nationality is not recognized.

Flight attendants and nurses cleaned the baby with mineral water and decorated her in baby clothes donated by fellow passengers flying with babies.

The pilot conducted an emergency landing in the southern Indian city of Hyderabad so the mother and newborn could receive medical attention before proceeding on to Manila.

The woman, her own mother who was going with her, and the child was given a three-day temporary visas, which would almost probably be covered until the parent and child were fit to fly, the functionary stated.