Catch me if you can! farmer chases a runaway tractor as it crashes into a field 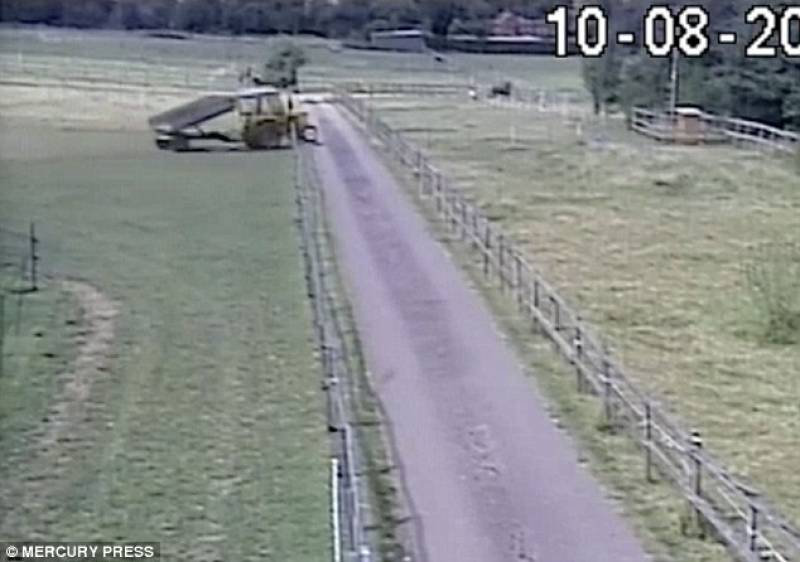 KENT (Web Desk) - This is the hilarious moment that a farmer was forced to go after his runaway tractor after it went down through three fences and into a field full of his ex-wife's horses.

According to details, Terry Davis, had left the vehicle running while he lit a bonfire at his farm in Stockbury, Kent, Daily Mail reported.

Nevertheless, when his back was turned the tractor became dislodged and sped away into the distance.

CCTV footage shows the two tonne vehicle ploughing its way through three fences before narrowly missing an electricity substation and a stable of his ex-wife's horses.

Only a few minutes later, the retired businessman is seen to flow in vain after the tractor and trailer as it journeyed from his field and over a road, before dashing into a row of trees.

The grandfather-of-two said the accident could have been disastrous if anyone had been using the path, or if the runaway tractor had run into the fenced-off substation.

Luckily, the £2,000 David Brown 885 tractor escaped with just a damaged tyre after the dramatic crash, which happened last Monday.