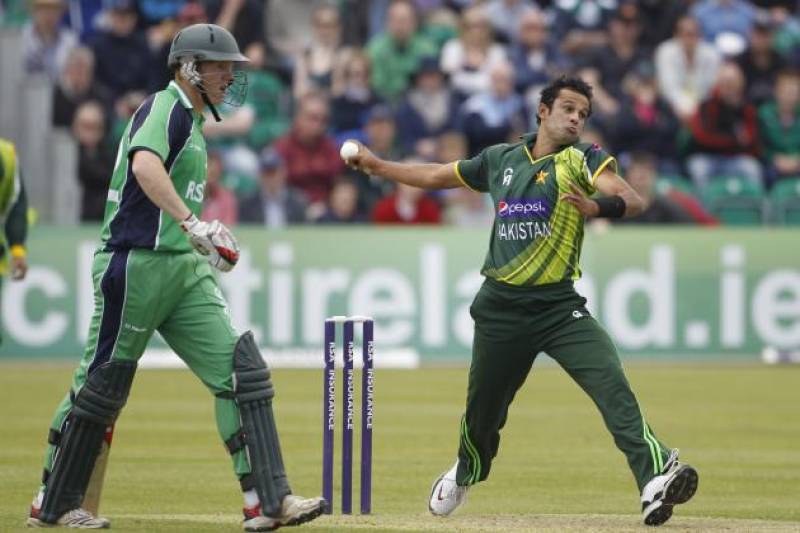 DUBLIN (Staff Report) - Pakistan set a target of 338 for Ireland in the first One-Day International (ODI) of two-match series in Dublin.

Ireland won the toss and decided to ball against Pakistan.

Related: Pakistan vs Ireland 2nd ODI on Saturday; Here is all you need to know for Live Score and Live Streaming

The match was earlier delayed due to wet outfield.

The second and final match of the ODI series will be played on Saturday (August 20) at the same stadium.

The series will be followed by an England vs Pakistan ODI series which will start from August 24 with the first match at Rose Bowl Cricket Ground. The remaining matches will take place on August 27, August 30, September 1 and September 4.

The England ODI series will be followed by a T20 game between Pakistan and England, which will be played on September 7.