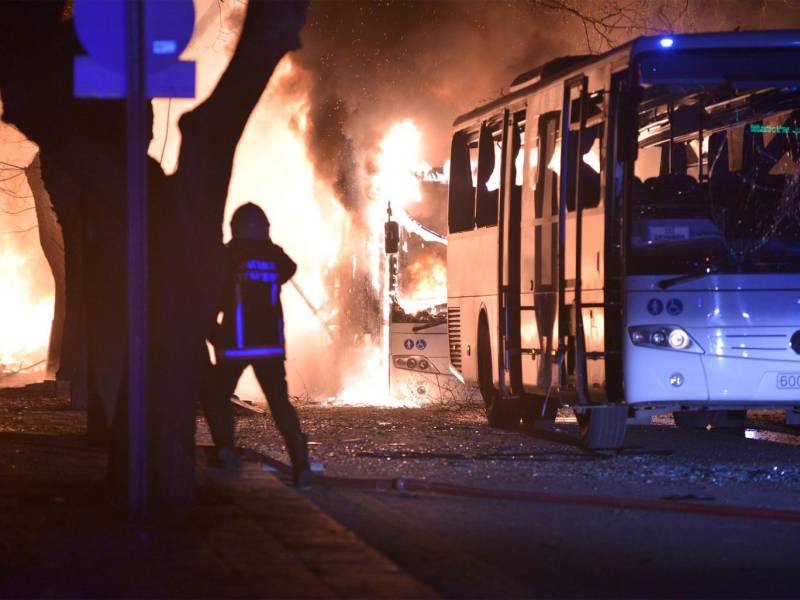 ANKARA (Web Desk) - A large explosion in the Turkish capital, Ankara, has left at least 28 people dead and 61 injured, Turkish officials have said.

A vehicle full of explosives was detonated as military buses were passing by, according to the Ankara governor's office, BBC reported.

The blast happened in an area close to parliament and Turkey's military headquarters.

Large plumes of smoke were seen rising from the area and witnesses said the blast was heard all over the city.

The attack targeted a shuttle bus carrying military personnel, and there were several other military vehicles nearby - all of which were waiting at the traffic lights. Most of the casualties are believed to be soldiers.