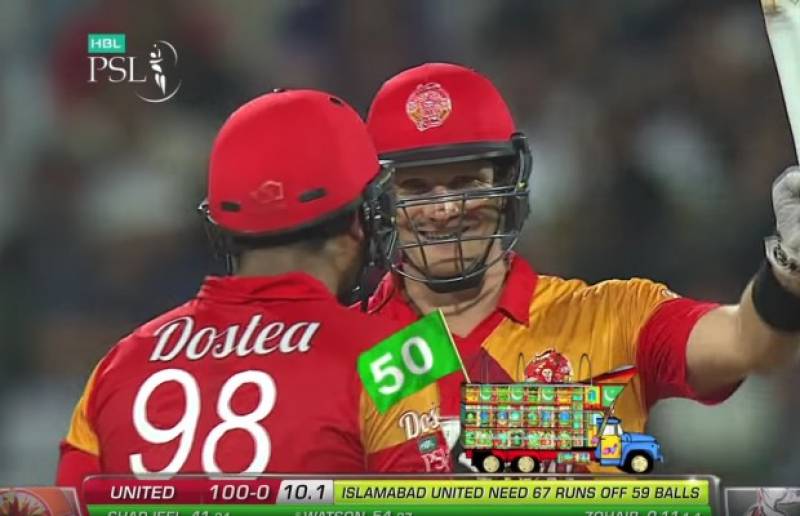 DUBAI (Web Desk) - Islamabad United beat Lahore Qalandars by 5 wickets, with 7 balls to spare and put them out of Pakistan Super League’s (PSL) next play-off round.

It was a game-over situation for Qalandars when Sohaib Maqsood (59) and Umar Akmal (72*) lived up to the expectations of fans and took the score to 15o/5 in 20 overs.

Mohammad Irfan was pick of the bowlers from Islamabad United for his 3-22 in four overs.

Islamabad started with quick loses but, Brad Haddin and Khalid Lateef provided some stability to the inning an then Misbah in later part of the innings along with Brad Haddin took the  game away from Lahore Qalandars.

Haddin was top scorer with 54 while Misbah also contributed 38 runs in their victory.

And with this defeat, Lahore Qalandars have been put out of the tournament which makes way for Karachi Kings to qualify for play-off round.