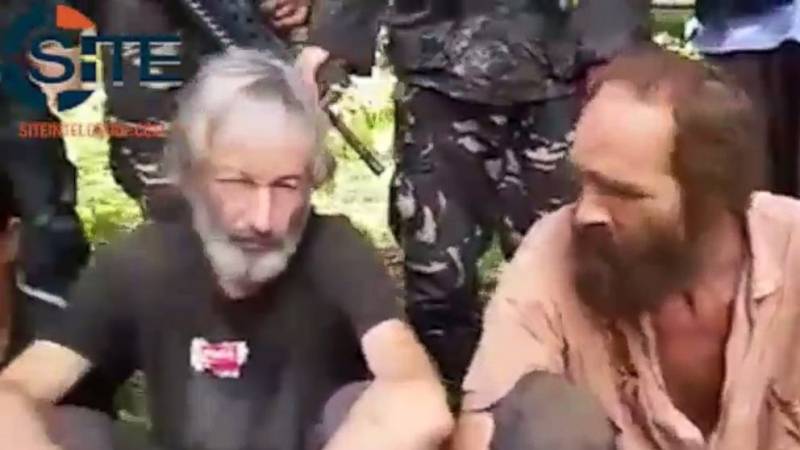 The 90-second starts off with two militants standing over Hall, who is made to kneel down before them.

An Islamic State (IS) flag can be seen in the background.

Hall is seen wearing an orange t-shirt and black sweatpants while are tied behind his back.

One of the militants in the video held a large knife to Hall's neck.

Throughout the video, another militant wearing a ski mask is standing behind Hall and reciting a prayer in Arabic for about 45 seconds.

It is believed that the video was taken in Jolo, southern Philippines.

The 68-year-old Hall was a hostage of the Abu Sayyaf group since September last year.