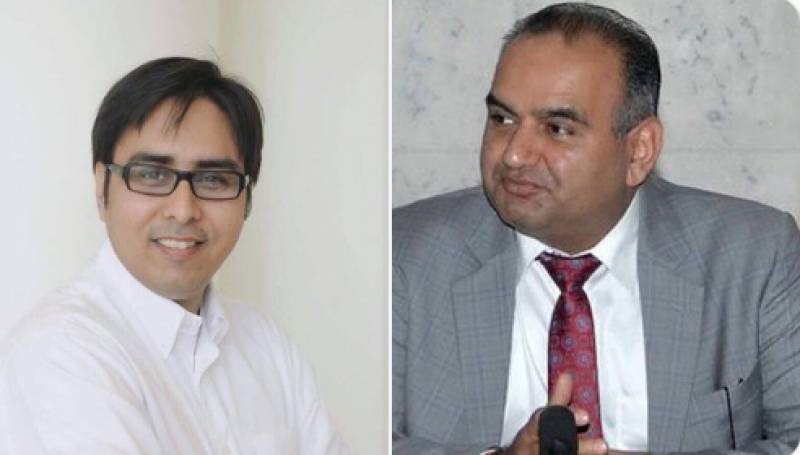 A member of the National Assembly, Kumar abandoned the ruling Pakistan Tehreek-e-Insaf (PTI) days before voting on the no-trust motion against Prime Minister Imran Khan.

Speaking to a TV channel on the ongoing political situation in the country, Gill couldn't control his anger and started abusing Kumar, calling him a "corrupt person".

Earlier in the day, Kumar had severed ties with the PTI, saying that he was "no longer a part of the party".

Kumar had also claimed that "three federal ministers have quit the ruling PTI" ahead of the no-confidence motion against the prime minister. He, however, did not reveal the names of the ministers.

Speaking during the show, Gill shouted at Ramesh and called him a "sell-out." He also accused him of selling fake cancer medicines in Punjab.

Kumar denied all the allegations and said "Imran Khan is a good person but he had the wrong advisers."

Took longer than I expected.

He deleted a lot of his pre 2018 tweets, but won’t be able to erase this from the record.