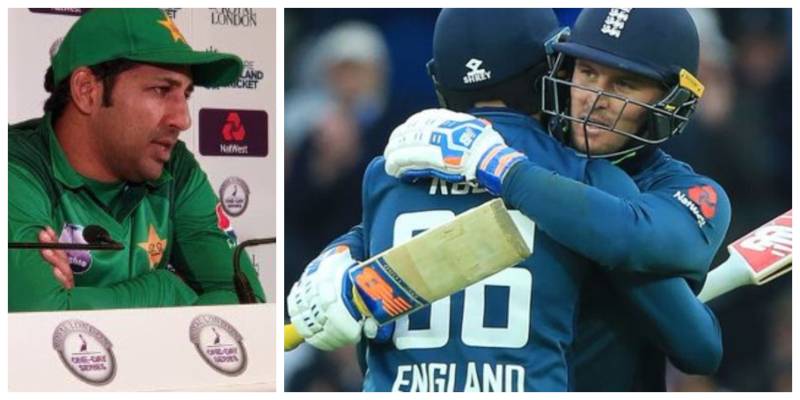 NOTTINGHAM - A brutal century from Jason Roy and the ice-cool finishing of Ben Stokes the in fourth one-day match in Nottingham helped England secure series victory over Pakistan on Friday night.

Roy struck 114 from 89 balls, piling on 201 runs for the first two wickets, while Pakistan’s fielding was coming apart at the seams.

Stokes, with an unbeaten 71 from 64 balls – one of five fours and three sixes – marshalled partnerships of 42 with Joe Denly and 59 alongside Curran, before taking England over the line with Adil Rashid for company for a three-wicket win with three balls to spare.

Pakistan earlier set a massive target of 340 runs for England at the Trent Bridge.

England won the toss and invited Pakistan to bat first in the encounter.

Babar Azam scored 115 runs off 112 balls while Muhammad Hafeez contributed 59 to the total.

England leads the series 2-0 in the five-match series after they beat Pakistan by six wickets to win the third ODI at Bristol.

England win the toss and elect to bowl first in the 4th #ENGvPAK ODI at Trent Bridge. 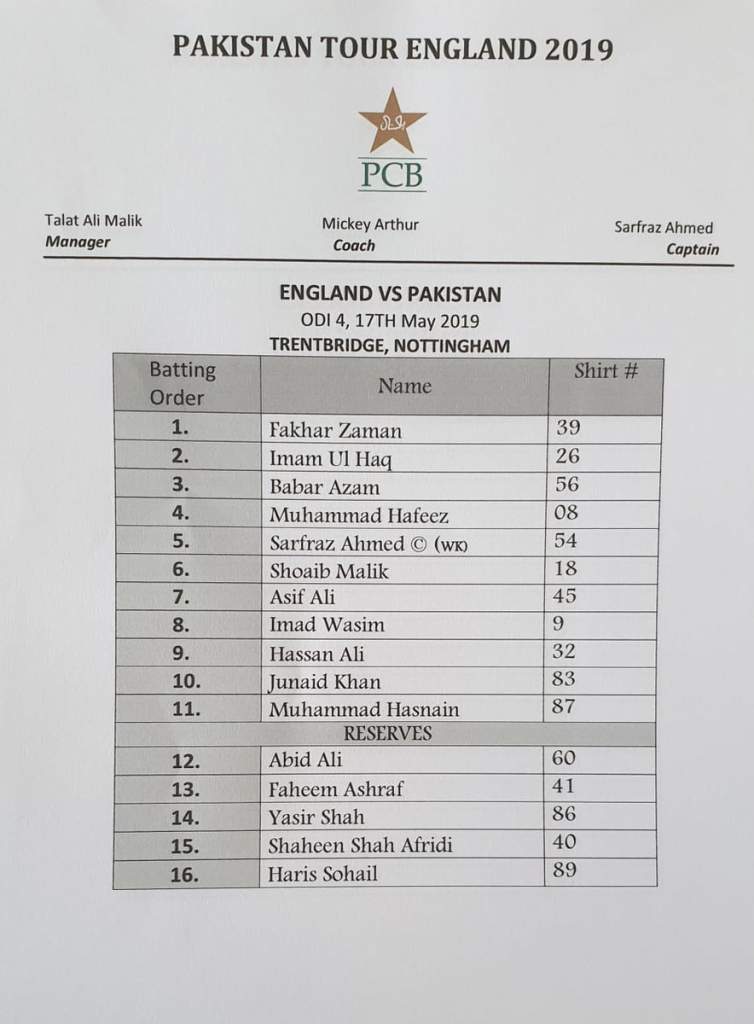 Earlier, England beat Pakistan by 12 runs in a thrilling second ODI. The first match between the two sides ended due to rain.

England will be without the services of skipper Eoin Morgan who was suspended for one ODI and fined 40 per cent of his match fee for maintaining a slow over-rate during the third ODI.

In Morgan’s absence, Jos Buttler will come back to lead the side while Jofra Archer can be expected to return to the side after sitting out of the third ODI.

On the other hand, Pakistan can bring veteran batsman Shoaib Malik into the side who joined the team ahead of the second ODI. Haris Sohail is likely to make way for him. Faheem Ashraf who has yet to impress in the series could sit with Mohammad Hasnain getting a chance.