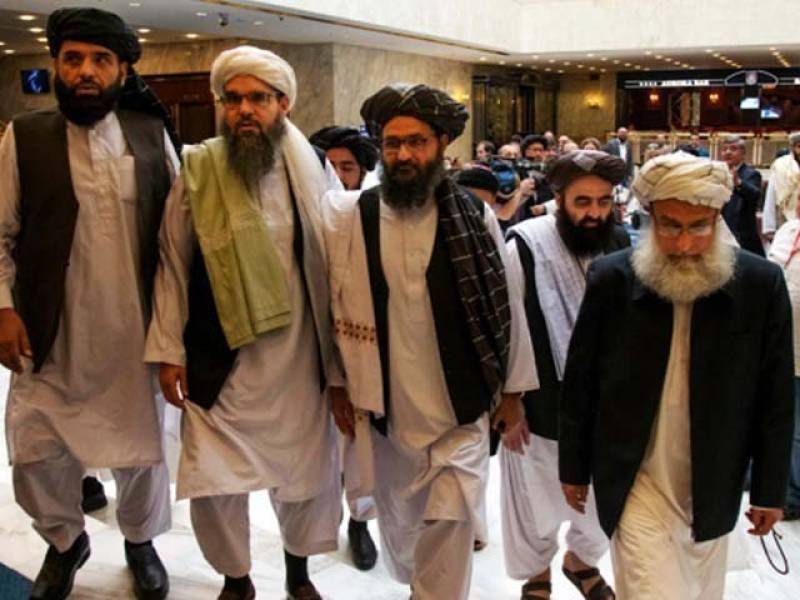 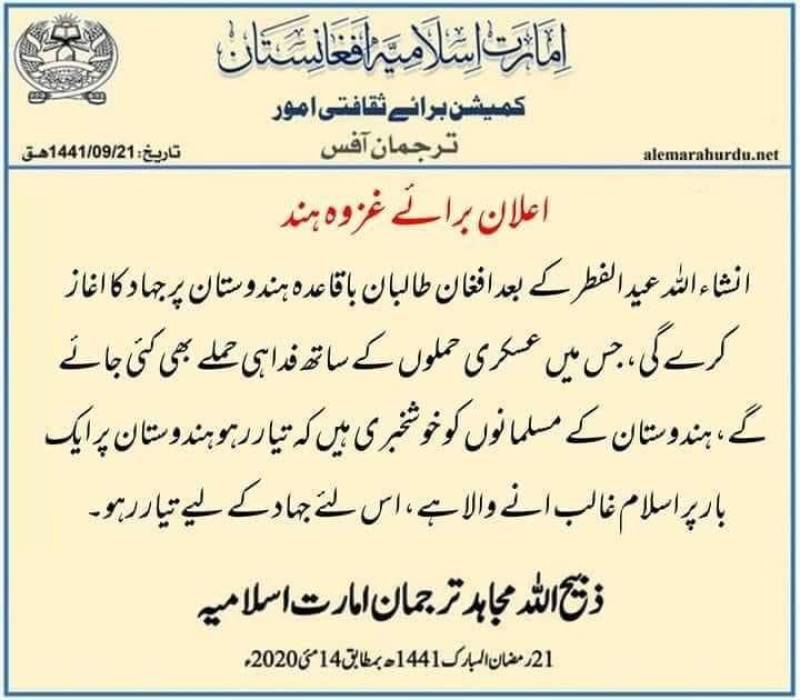 “Taliban welcome Indian contribution in Afghanistan if it is meant in the interests of the Afghan nation but India has played a negative role in last 40 years by having economic, military & political ties with a corrupt group.”

"#India has always played a negative role in #Afghanistan. India supported traitors in the country." pic.twitter.com/y36lHxPLZM

Siding with the ethnic minorities against the Pashtun majority since the civil war ended in Afghanistan, India is the principal backer of President Ashraf Ghani after his controversial victory in the presidential elections to maintain its influence there.

Taliban’s statement follows a recent upsurge in violence in Afghanistan, which threatens the historic peace agreement between the Taliban and the United States in the Qatari capital of Doha.

While India is actively using the Afghan soil to destabilise its arch-enemy Pakistan, Islamabad has long maintained that India’s involvement is a serious threat to peace in the war-ravaged country.

On the other hand, blaming minorities mainly Muslims for homegrown terrorism, the Modi government has unleashed hell on its own people, especially in occupied Jammu and Kashmir where a curfew is in place for nearly a year amid massacres by troops on almost daily basis. Since 2014, Hindu nationalist Bharatiya Janata Party (BJP) government has been criticized for rising communal tensions in the South Asian country.

On December 12, 2019, the Modi administration introduced the discriminatory Citizenship (Amendment) Act (CAA), under which, for the first time in India, religion is a basis for granting citizenship. The law specifically fast-tracks asylum claims of non-Muslim irregular immigrants from the neighboring Muslim-majority countries of Afghanistan, Bangladesh, and Pakistan.

The controversial law, which Delhi government say is aimed at identifying “illegal migrants,” has led to fears that millions of Indian Muslims, including many families who have lived in the country for generations, could be stripped of their citizenship rights and disenfranchised.

SRINAGAR – Indian troops in their fresh act of state terrorism have killed two Kashmiri youth during a cordon and ...