US dollar gains further against Pakistani rupee, closes at Rs196 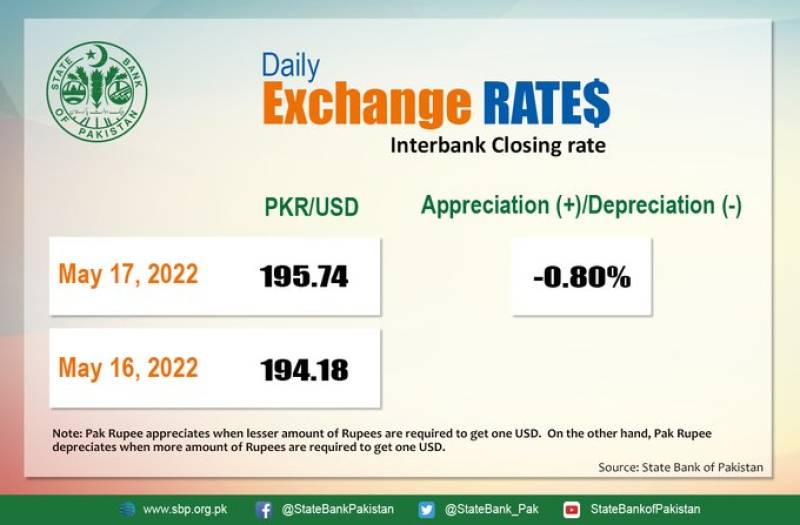 ISLAMABAD – The Pakistani rupee on Tuesday continued to depreciate against the US dollar, closing at Rs195.74 in the interbank market.

According to the State Bank of Pakistan (SBP), the rupee lost 0.8 percent of its value and breached Rs196 at one point during the day.

According to financial experts, the Pakistani currency is rapidly losing its value due to the rising import bill and shrinking foreign exchange reserves.

Faced with a major current account deficit of $13 billion, the country urgently needs external financing, though the government is reluctant to meet stringent financial conditions imposed by the International Monetary Fund (IMF) to resume a $6 billion loan facility.

“There is uncertainly related to the IMF programme which is exerting pressure on the Pak rupee,” says Samiullah Tariq, Director Research at Pakistan Kuwait Investment company. “As soon as the agreement with the fund is materialized, the currency market will stabilize.”

Prime Minister Shehbaz Sharif held a meeting on Monday in which he instructed policymakers to come up with a comprehensive strategy to deal with the depreciation of the rupee.

He also consulted the top official of the Exchange Companies Association of Pakistan, Malik Bostan, who later said that “effects of yesterday’s meeting will soon be seen on the market.”

Bostan said if the government controlled the dollar rate in the interbank market, currency dealers across Pakistan would manage to bring down its value in the open market.