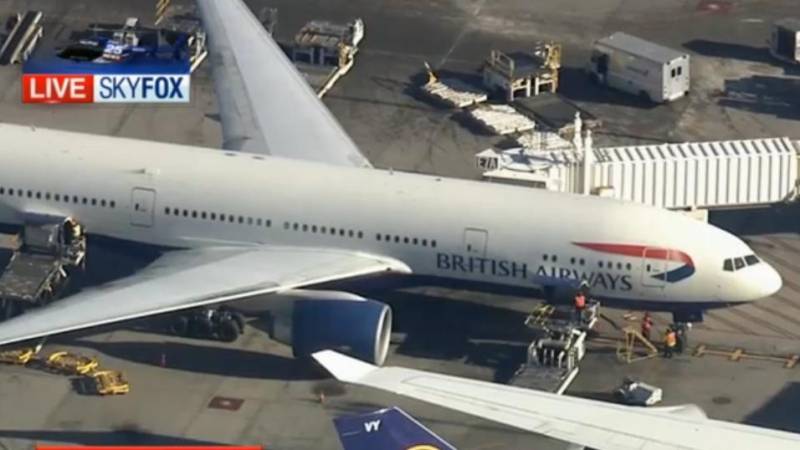 The Federal Aviation Administration said in a statement that the passenger on Flight 213, a Boeing 777, had “tried to open an exit door and has been restrained.”

The flight landed at Terminal E at the airport about 1:30 p.m. The plane was met by State Police, the Joint Terrorism Task Force, US Customs, and the Transportation Safety Administration, Procopio said.

He added, “The plane is on the ground and troopers are presently boarding it to take the passenger into custody and interview flight crew and witnesses. This is a developing situation.’’