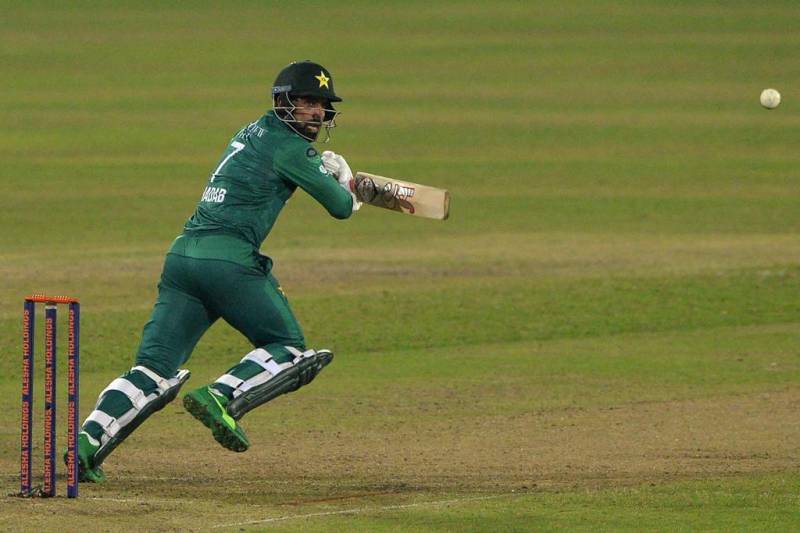 DHAKA – Pakistan on Friday achieved a four-wicket win over Bangladesh in the first T20I of the series played in Dhaka.

Khushdil Shah, Shadab Khan, and Mohammad Nawaz led Pakistan to bag the victory in late fireworks after the top order was dismantled by Bangladesh bowlers.

Shah made 34 off 35 balls, with three fours and a six, Khan smashed an unbeaten 21, while Nawaz also made an unbeaten 18 to seal the victory.

Opening pair – Mohammad Rizwan and Babar Azam – were dismissed in early overs, putting burden on the coming players. At that time, Fakhar Zaman took the change and smashed 34 off 36 balls as Haider Ali went back to the pavilion for a duck.

The second and third T20s of the series will be played at the same venue on November 20 and 22, said the PCB.

DHAKA – Pakistan on Monday announced the men’s cricket team for the two Tests against Bangladesh, which ...