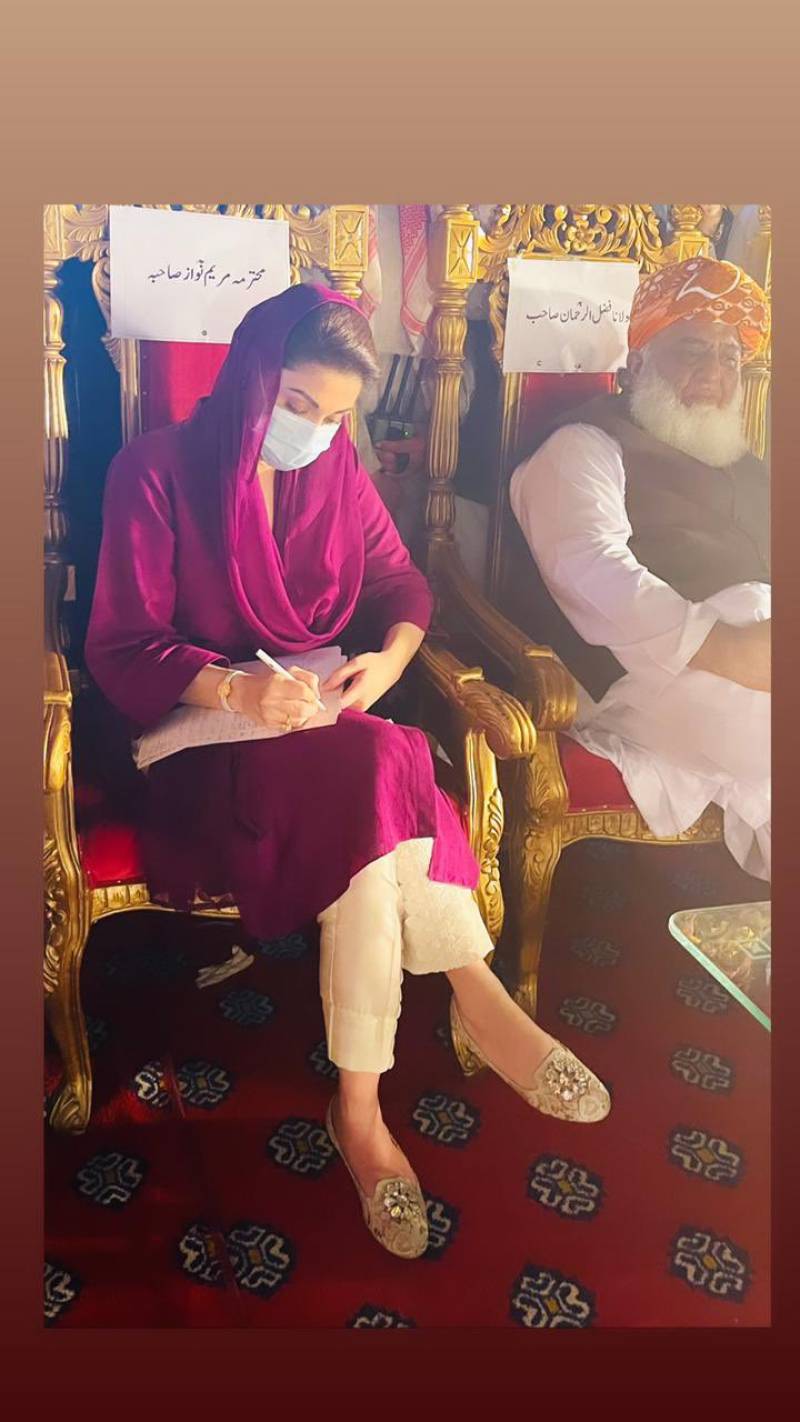 Pakistan Muslim League-Nawaz (PML-N) Vice President Maryam Nawaz is known for her bold speeches, but who writes these speeches remained a mystery until now.

Those curious about the name of the person who writes speeches for Maryam came to know about it on Saturday when a social media user posed her a question.

Maryam's speech during a Pakistan Democratic Movement (PDM) rally in Faisalabad on Saturday won her huge praise, and social media users generously spoke in her favour.

Twitter user Imdad Hussain shared a picture of Maryam in which she is seen jotting something down on paper prior to her address to the Faisalabad rally.

Hussain said he wondered if Maryam writes her speeches herself.

"Ma'am, do you write your own speeches? If yes, then by God you write wonderfully," wrote Hussain, and prayed that "may the Almighty" keep Maryam safe and sound.

Maryam retweeted Hussain's post and replied that it is she who writes the speeches she makes.

"Yes, I write every single word" myself, wrote Maryam.

Maryam told the nation on Saturday that the time to decide their future and change their fate is "now", as she sought their support to oust Prime Minister Imran Khan.

Addressing the PDM rally at Faisalabad's Dhobi Ghat ground, Maryam said that people were fully aware how PM Imran Khan had "disrespected the sanctity of the vote".

The PML-N vice-president said the prime minister had fulfilled only one promise — that he would "make everyone cry" — and today "the entire nation is crying".