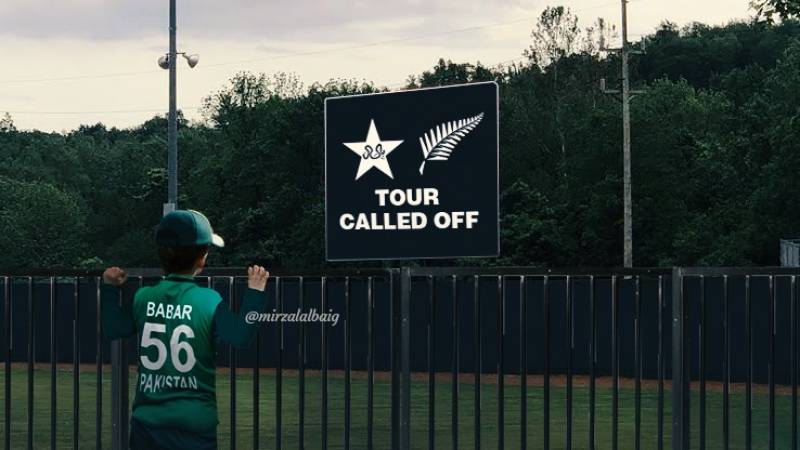 Pakistani cricket fans were left fuming when the New Zealand cricket team announced the decision to call off their Pakistan tour unilaterally minutes before their first One Day International match in Rawalpindi amid some unfounded security threats.

Talking to the media, Pakistani Senator Faisal Javed said the security situation in Pakistan was excellent and that the visitors were provided extraordinary security.

“It is incomprehensible to cancel the tour at the last minute,” the ruling party lawmaker said. “There is an enemy who has conspired. India has always been involved in conspiracies against Pakistan,” he added.

He said that Pakistan would take up the matter at all forums because cancellation of this tour was not a minor issue.

On social media, Twitter users came out in large numbers to express their frustration and anger at New Zealand cricket team’s decision. Many called for a boycott of the Black Caps in future.

Just breaking....
I wanna ask @BLACKCAPS team a quest...?
"Have any other country provided u such a high level of security.?? More than a Prime minister's level security have been provided u... What did u want more than it.......?"
So sad for our country and cricket fans.#lanat pic.twitter.com/xvSVll63Ps

NZ security cheif vistied Pakistan before the series .NZ came here on his recommendation Nz practiced here for a week. At last moment they cancelled due to some messages from NZ govt( probably from india ). This is unacceptable.Have some shame on New Zealand#Lanat #PAKvNZ pic.twitter.com/x9SZ3HI4jq

Mark my words, they will also abandoned the series, Black day for Pakistan Cricket🥲#Lanat pic.twitter.com/ewxoZsQNTh

We felt sorry you couldn’t pick up the world cup now we pray you never🤬 #lanat pic.twitter.com/95mjhbVCk0

NZ is no longer the 2nd most Fav team of Pakistan #Lanat pic.twitter.com/GFDcj0tBu0

If i die donate my body to medical
except for my middle finger, give it to new Zealand cricket team.#PAKvNZ @BLACKCAPS #RamizRaja #Lanat pic.twitter.com/mKCZz65vpk