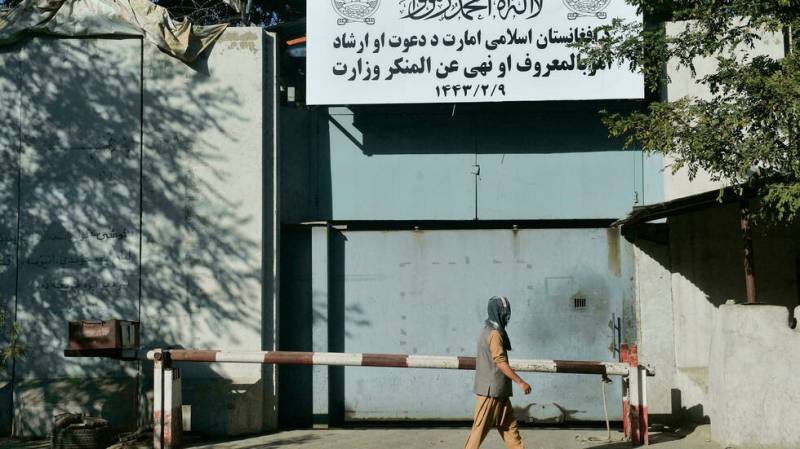 The Taliban on Friday apparently shut down the ministry of women's affairs and replaced it with a department, which used to enforce a strict religious doctrine during their first rule 20 years ago.

Workers were seen raising a sign for the Ministry for the Promotion of Virtue and Prevention of Vice at the old Women's Affairs building in the capital Kabul.

Several posts have appeared on Twitter in the last 24 hours showing women workers from the ministry protesting outside the building, saying they had lost their jobs.

No official from the Taliban responded Friday to requests for comment on the matter.

The Taliban’s education ministry says all male students of grades 6 to 12 and male teachers should resume classes across Afghanistan, starting on Saturday.

The statement published on Facebook on Friday did not include girls of that age, and the lack of guidance highlighted ongoing concerns that the Taliban might impose restrictions on girls and women.

Since taking over power last month, the Taliban had allowed girls in grades one to six to resume classes. When they ruled Afghanistan previously in the 1990s, the Taliban had forbidden girls and women from attending school and work.

In some of the provinces, women still are not allowed to continue their work, with exceptions for women who have worked in health departments, hospitals and education.