China firms up connectivity projects with Nepal, asks India to join in 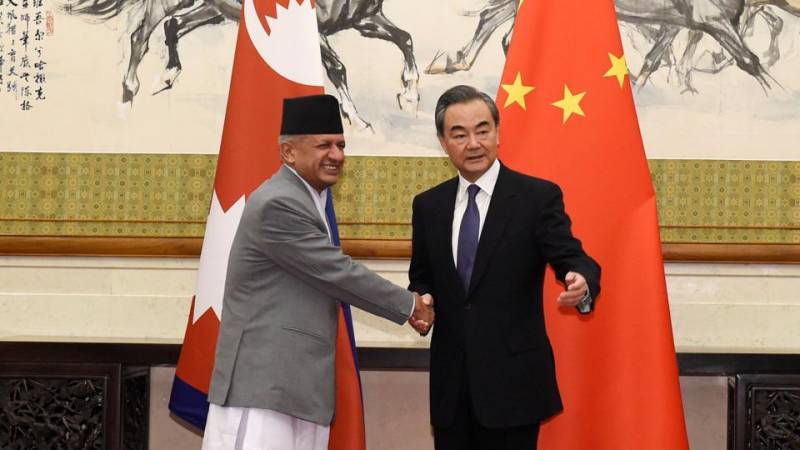 BEIJING - Beijing on Wednesday said a trans-Himalayan economic corridor — including a cross-border railway network between China, Nepal and India — will benefit all three nations, as it invited New Delhi to join in a “long-term vision” for cross-Himalayan connectivity it is firming up with Kathmandu.

Foreign minister Wang Yi said China, India and Nepal are natural friends and partners, adding that the development of Nepal should be the common understanding between the two larger neighbours.

Speaking to reporters after meeting his visiting Nepalese counterpart Pradeep Kumar Gyawali, Wang brushed aside a question that suggested that the landlocked Himalayan country was trying to balance relations between India and China.

“I believe that China, Nepal and India are natural friends and partners. We are neighbours connected by the same mountains and rivers,” Wang said. “As we say in China, family members and neighbours wish each other well.”

He added: “Nepal stands as a natural beneficiary for cooperation and development from China and India. I think this is a logical desire that should be supported by both China and India.”

Wang – recently promoted as State Councillor – said China and Nepal have agreed to a long-term vision for a cross-Himalaya connectivity network, part of China’s Belt and Road Initiative (BRI).

“We believe that such a network, when well developed, can also create conditions for an economic corridor connecting China, Nepal and India. We hope that such cooperation can contribute to the development and prosperity of all three countries,” he said.

Gyawali said he and Wang had agreed to start a feasibility study for a cross-border railway linking Nepal and China.

“Bilateral relations have reached a new starting point,” Gyawali said. “The Nepali side will work with the Chinese side to increase mutual trust and reach win-win agreements in infrastructure, trade, tourism, culture and other fields.”

China has been aggressively courting Nepal with multi-billion dollar infrastructure projects, including in the power, railway and road sectors. China and Nepal signed a memorandum of understanding on bilateral cooperation under the BRI framework in May 2017.

“Personally I have a dream — to travel to China from Nepal across the Himalayas in a modern train, enjoying the scenic beauty of the Himalayas,” he said.

Gyawali, who is said to be on a goodwill visit to China, earlier met vice president Wang Qishan at the Zhongnanhai Leadership Compound in Beijing. According to Nepalese media, Gyawali’s visit is a precursor to Prime Minister KP Sharma Oli’s first visit to China after taking over the premiership.

Gyawali’s visit comes a little over a week after Oli travelled to New Delhi — his first trip abroad as prime minister. During his earlier tenure as premier in 2016, Oli had signed multiple deals with China to use Chinese roads and ports, aimed reducing landlocked Nepal’s dependence on India for trade and transit.