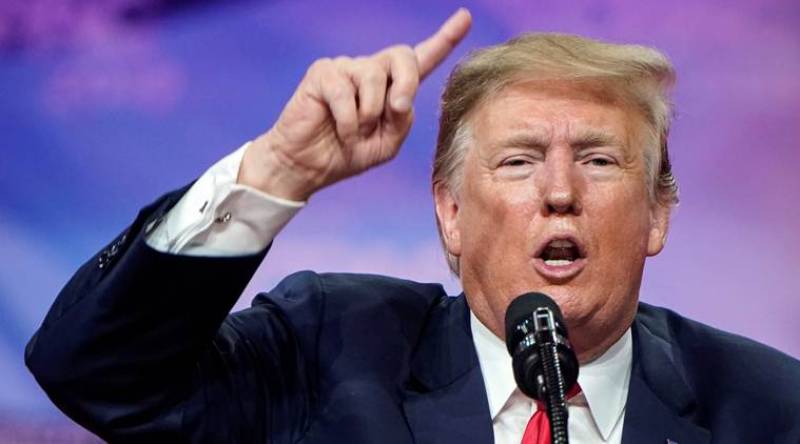 WASHINGTON - US President Donald Trump felt relieved after the much-awaited report by Special Counsel Robert Mueller exonerated him from the charges of collusion with Russia.

A redacted version of the report released on Thursday supports Trump's repeated assertions that he never colluded with Russian intelligence efforts to steer the 2016 election in his favour.

However, the report emphasized that despite the Republican president's claim, he had not been cleared of obstruction of justice.

'The evidence we obtained about the president’s actions and intent presents difficult issues that would need to be resolved if we were making a traditional prosecutorial judgment. At the same time, if we had confidence after a thorough investigation of the facts that the president clearly did not commit obstruction of justice, we would so state. Based on the facts and the applicable legal standards, we are unable to reach that judgment. Accordingly, while this report does not conclude that the president committed a crime, it also does not exonerate him,' says the report.

“The President’s efforts to influence the investigation were mostly unsuccessful, but that is largely because the persons who surrounded the President declined to carry out orders or accede to his requests,” the report adds.

Although Trump was exonerated from collusion with Kremlin in the much-awaited 400-page report, it points towards the gains achieved as a result of Russian efforts.

"The campaign expected it would benefit electorally from information stolen and released through Russian efforts," the report said.

The report found a concerted effort by Russia to interfere in the 2016 election, but established no criminal conspiracy between Mr. Trump’s campaign and Russia.

The report portrays the Republican leader to be in a deep crisis when the scandal first came to light in 2017.

After Trump fired his FBI director, James Comey, Mueller was appointed as an independent prosecutor to handle the probe and that irked the president.

"The president slumped back in his chair and said: 'Oh my God. This is terrible. This is the end of my presidency. I'm f*****'," the Mueller report quoted Trump as saying.

However, Top Trump advisor Kellyanne Conway rejected that portrayal, telling reporters: "That was not the reaction of the president that day."

Donald Trump shared a "Game of Thrones" meme after the report cleared him of collusion, sending a message to his rivals.

'As I have been saying all along, NO COLLUSION - NO OBSTRUCTION!' Trump said in another tweet.