A day before key meeting in Pakistan, OIC announces action plan to help Afghans in crisis 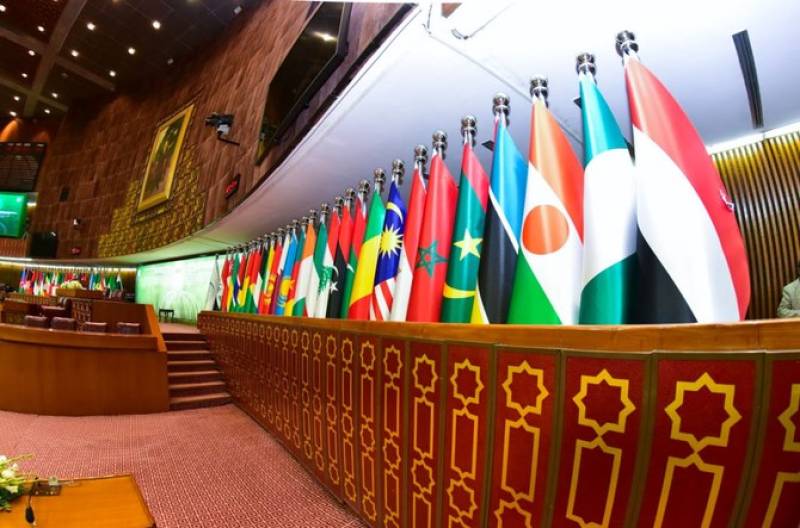 ISLAMABAD – A day before a key meeting in the Pakistani capital on the humanitarian crisis in Afghanistan, the Organization of Islamic Cooperation (OIC) announced on Saturday its humanitarian office in Kabul would work with international agencies to help the people of the war-torn country.

Afghanistan has been facing a major economic meltdown since August this year, the time when the US forces left the country in a state of total chaos.

The OIC statement came a day before the 17th Extraordinary Session of its Council of Foreign Ministers in Islamabad, the capital city of Pakistan.

The session, which has brought together foreign ministers from Islamic countries along with delegations from the European Union, the United States, Britain, France, Russia, China and Germany, will focus on the humanitarian situation in Afghanistan.

The United Nations has already warned that nearly 23 million people of Afghanistan — or about 55 percent of its population — face extreme levels of hunger with nearly nine million at risk of famine as winter takes hold in the impoverished, landlocked country.

“The OIC humanitarian Office in #Kabul will assume its responsibility in coordination with the various international agencies in delivering the required assistance to the millions of people in need,” the organization quoted its assistant secretary general for humanitarian affairs Ambassador Tarig Bakheet in a Twitter post.

“It is crucial for the international community to take swift action to ensure that the people of #Afghanistan have unimpeded access to life-saving assistance, and the humanitarian support need to be scaled up,” he added.

“I am confident that the OIC fraternity, the United Nations, & regional partners would take all necessary steps to bring sustainable solutions to the catastrophic #humanitarian situation in #Afghanistan in which millions of lives are at stake,” Bakheet continued.

#OIC ASG Tarig: “The OIC humanitarian Office in #Kabul will assume its responsibility in coordination with the various international agencies in delivering the required assistance to the millions of people in need.” #OICInPakistan #OIC4Afg pic.twitter.com/QNF0H6VfqW

Pakistani Prime Minister Imran Khan welcomed the OIC delegates and diplomats from other countries in a Twitter post, saying the upcoming conference was “an expression of solidarity with the Afghan people” who were facing a dire humanitarian situation.

The OIC meeting will be held on Sunday, December 19, at the Parliament House in Islamabad.

The Pakistani prime minister will deliver the keynote speech at the inaugural session of the gathering, and Foreign Minister Shah Mahmood Qureshi will jointly address a news conference with OIC Secretary General Hissein Brahim Taha in the evening.

Saudi Foreign Minister Prince Faisal bin Farhan Al Saud, who is also chair of the OIC summit, arrived in Islamabad on Saturday night and was received by prime minister’s adviser on the Middle East Hafiz Tahir Mahmood Ashrafi and Saudi envoy to Pakistan Nawaf bin Said Al-Malki at the airport.

Foreign ministers of Kuwait, Bahrain, Malaysia, Indonesia, Azerbaijan, Turkmenistan and Bosnia have also arrived in Islamabad. Special representatives of the United States and Germany for Afghanistan have also reached Pakistan to attend the session. The secretaries general of OIC and Gulf Cooperation Council (GCC) are also present in the Pakistani capital.

The foreign ministers of Jordan, Turkey, Palestine, Iran, Bangladesh and other important Islamic countries will also participate in the meeting.

ISLAMABAD – Pakistan is hosting the 17th extraordinary session of the Organisation of Islamic Cooperation (OIC) ...