Testing reveals infection linked to a strain circulating in Pakistan 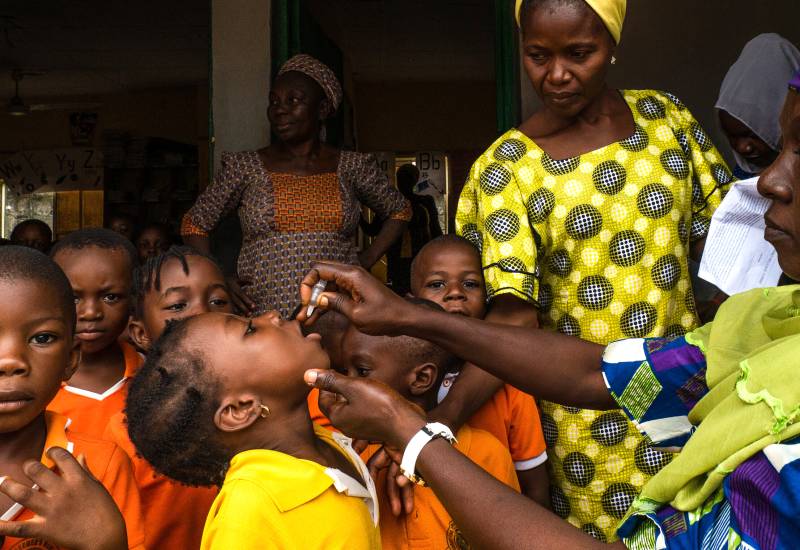 LILONGWE – Nearly 17 months after the second-most-populous continent Africa was declared free from wild polio virus by an independent body, a new case has surfaced in Lilongwe after more than five years.

A statement issued by the World Health Organization said this is the first case of the crippling disease in Africa in more than five years while tests showed the strain detected in Malawi is linked to the one circulating in the Sindh province of Pakistan.

The case comes as more than 95 percent of the African population has now been immunised against the highly infectious virus that spread through contaminated water or food.

Top health officials of the African country expressed the hope of containing the virus, saying a campaign has been started in line with WHO guidelines. “The first step is declaring this as a Public Health Emergency. There will be Emergency Operations Committee (EOC) meetings and a risk assessment of the situation will be done with support from our partners such as the WHO,” a statement issued by Health Ministry cited.

Last month, Pakistan marked a full year without detection of wild polio cases. In a landmark development in the South Asian country where the virus paralyzed thousands. The virus earlier remained endemic not only in Pakistan but also in neighbouring Afghanistan.

Pakistan and Afghanistan are said to be two polio-endemic countries in the world.

As Islamabad marks one year of polio-free, an official of polio eradication for the World Health Organization Eastern Mediterranean Region said one year without detection of WPV1 cases in Pakistan is an encouraging epidemiological signal but must be taken with caution.

American billionaire and philanthropist Bill Gates, who was on his first visit to Pakistan this week, said continuing and sustained polio vaccination efforts in Pakistan and Afghanistan are likely to determine whether the world can entirely eradicate the debilitating virus.

“I think the steps taken in Pakistan during 2022 will probably set us up to finish polio," Microsoft co-founder said.

The global cases of the contagious virus have dropped by 99 percent since 1988, from more than 350,000 to just five cases in the South Asian region.

Experts said there is no cure for the disease, but an effective vaccine was developed in the 1950s, which has led to its eradication in many parts of the world.

Virus cases mostly thrived in the borderlands between Pakistan and Afghanistan where militants attacked and even killed polio teams.

ISLAMABAD – The World Health Organization (WHO) has extended travel restrictions to Pakistan for another three ...

Last month, a cop guarding a polio vaccination team was martyred after unidentified gunmen fired at him in Kohat district of Khyber Pakhtunkhwa. The killing incident came a day after KP chief secretary Dr. Shahzad Khan Bangash formally launched the second phase of the first anti-polio drive of the year, saying over 3.4 million children would be inoculated against the crippling disease.

PESHAWAR – A policeman guarding a polio vaccination team was martyred after unidentified gunmen fired at him in ...