First ever flower grown in space makes its debut 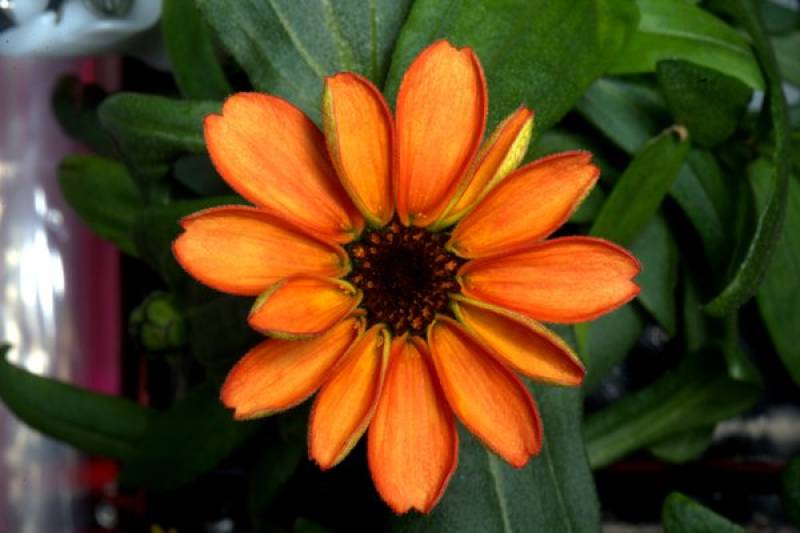 WASHINGTON (Web Desk) – A US Astronaut Scott Kelly has achieved a significant milestone by successfully growing the first flower in space.

The orange zinnia, which can be found in the south west of the US, could be seen in full bloom aboard the International Space Station, RT reported.

Kelly proudly took to Twitter to share his achievement, where he released pictures of the zinnia, along with the captions: “Yes, there are other life forms in space!” and “First ever flower grown in space makes its debut!”

The crew on board the International Space Station has already managed to grow and eat lettuce.

However, this is the first time a flower has been grown and has bloomed and this could have important consequences for the future of space travel. 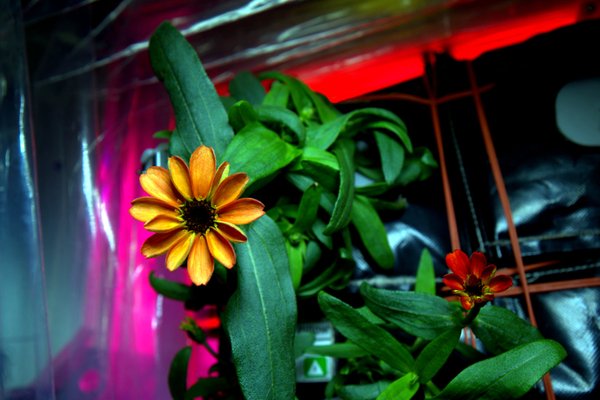 Veggie is a system, which was installed in the International Space Station (ISS) in May 2014, which helps the astronauts and cosmonauts to grow plants on board. It uses a system of red, blue and green LED lights to help the flowers to grow.

Although the zinnia plant is inedible, it was chosen specifically by the crew because of its properties. It could eventually lead to fruits and vegetables being grown in space to provide some welcomed fresh produce on the ISS.